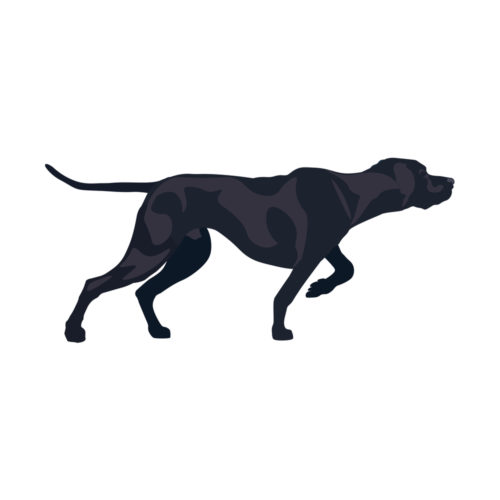 Show of hands: How many of you who own a solid color Pointer have been told that your dog isn’t really a Pointer because it’s a solid color?

One need only visit an on-line gun dog forum to see that there is still a good deal of misinformation regarding coloring in Pointers. One chap on such a forum was concerned that the solid colored puppy he was looking to buy was somehow “not quite right,” and that its coloring was a result of poor genes, or that it wasn’t even a purebred Pointer.

While it’s true that here in the United States, we don’t typically see as many solid color Pointers as we do dogs that are liver, lemon, black, or orange in combination with white, the fact is that solid colored Pointers have been around as long as the breed has, and indeed, solid-colored Pointers are the norm in many Nordic countries.

Those with a decent understanding of genetics have said that determining Pointer coat color is relatively simple, but there are still eighty one different possible sire and dam gene combinations – and that’s not even factoring in pigmentation which produces differently when bred to certain colors. “Yellow” Pointers (both parti-color and solid), for instance, are referred to as “oranges” when their nose color and other pigmentation is black, but when the nose color and other pigmentation is liver colored, they are referred to as “lemons.” Put another way, the nose and eye rim color determines Lemon (Self Colored Nose/Eye Rims) or Orange (Black Nose/Eye Rims).

Pointers are prized by hunters who “wing shoot,” or take aim at a bird in the air. The bird must be located by scent, and the hunter is alerted by the dog by standing at point. Upon signal, the dog flushes the bird(s) to set them to wing. A Pointer of any color is a master at this because as they say, a good Pointer can’t be a bad color.