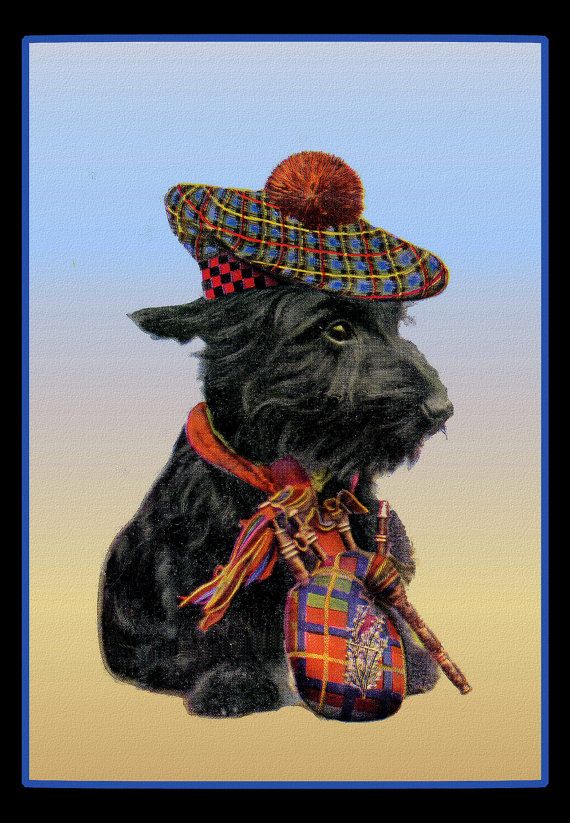 It’s funny how a hat can be associated with a dog breed, but test yourself and see it it isn’t true. Look at the hat below. What breed comes to mind? 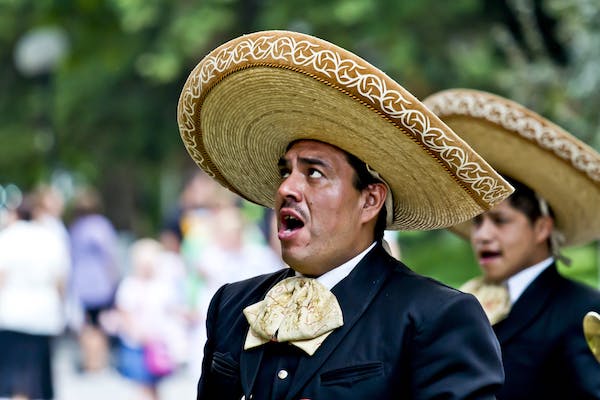 Most of us who see a sombrero think of Mexico, and if asked about a breed we associate with the country, chances are good that a Chihuahua pops into our head (thought it might be a Xolo, as well). It’s a cultural association.

Scottish Terriers wearing Scottish tams o’ shanters have been used in advertising and marketing for ages: 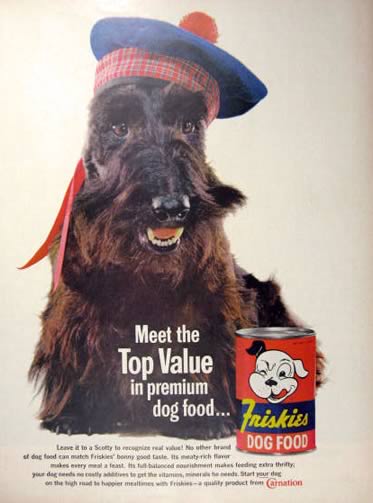 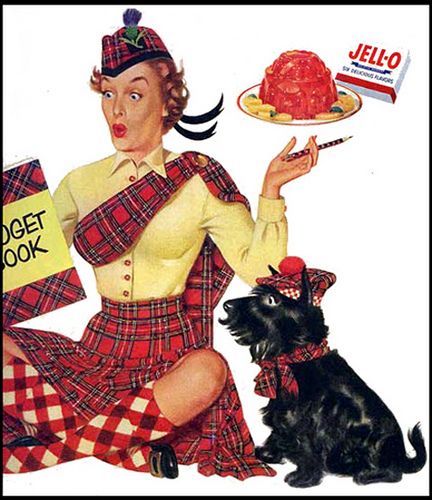 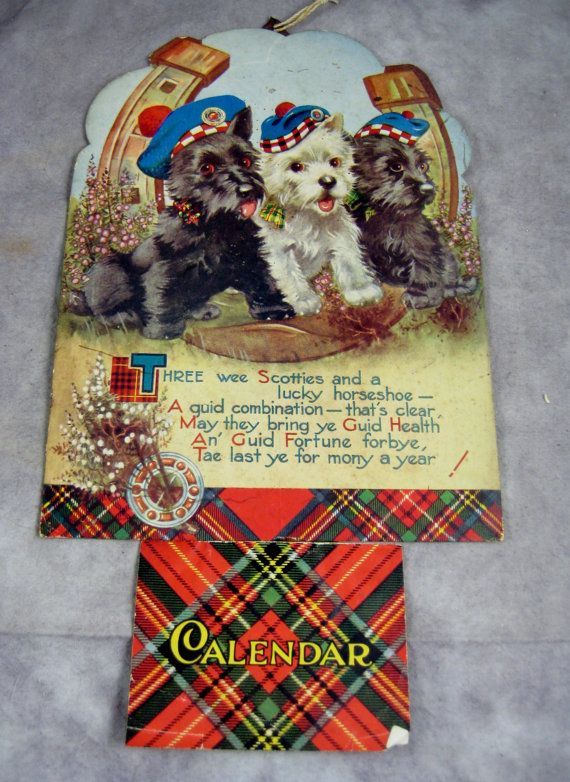 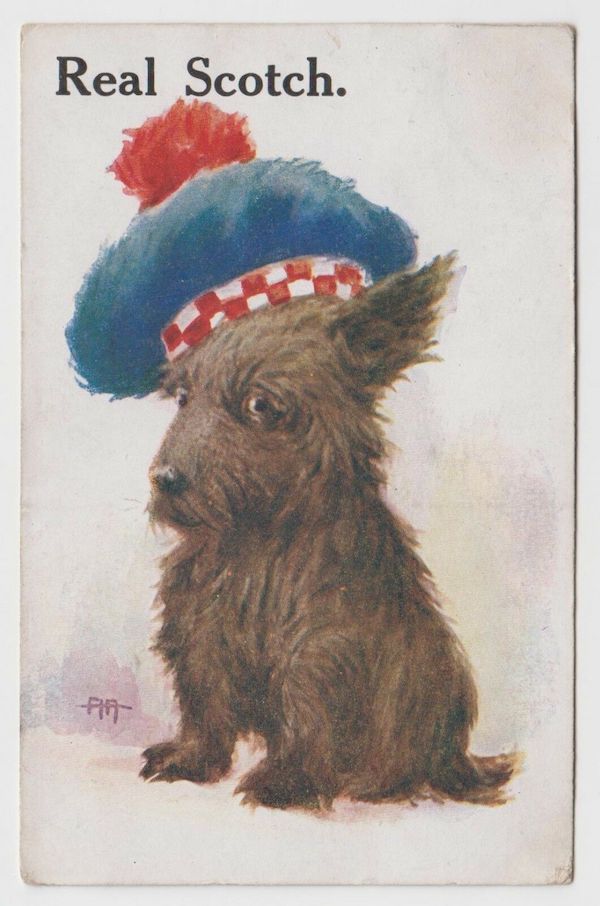 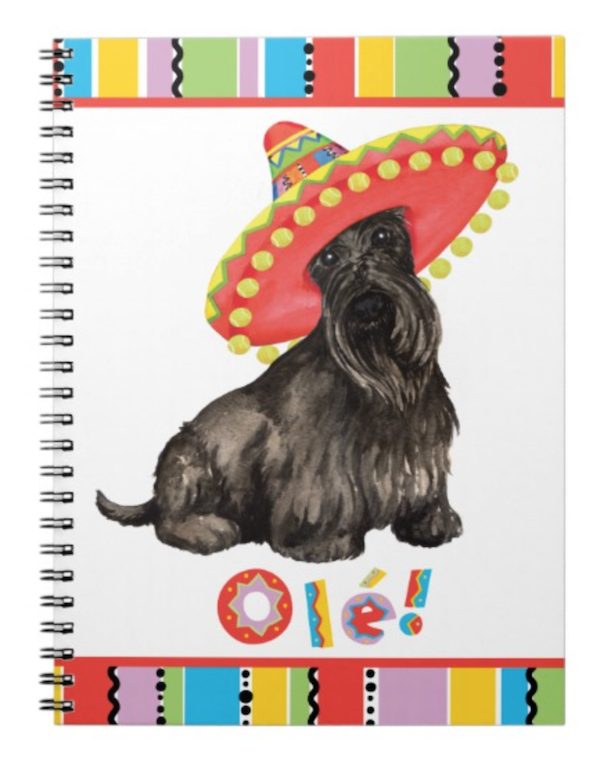 Wait, a Scottie in a sombrero? It’s not the same when we mix cultural icons, is it!

To be fair, this post could be about plaid, and how it’s equally associated with the Scottish Terrier, but the history of tartans is far too complex to share here. A hat, we can manage, and this style of hat is called a tam o’ shanter. The tam o’ shanter wasn’t known by this name until Scottish poet, Robert “Rabbie” Burns, published a poem by the same name in 1790 in an edition of the Edinburgh Magazine. Considered by many to be Burns’s finest poem, the poem about Tam is believed to have been based on an old folk tale about a farmer named Tam who frequently gathers with friends in a public house in the Scottish town of Ayr, and inevitably gets barking drunk. The narrative poem speaks about Tam’s thoughtless ways, specifically towards his wife, who is waiting at home for him, furious. You’ll have to read the poem to see how it ends!

Burns’s character, Tam, gave his name to the traditional Scottish bonnet, or hat, that he wore, and it has been known by this name since the early 19th century, though the hats have been worn by men since the seventeenth century.  The flat bonnet were originally made of wool, hand-knitted in one piece, then stretched on a wooden disc to give it its distinctive flat shape. The decorative woollen ball in the middle is called a ‘toorie,’ and in more modern times, the tam came to be associated with Scottish military regiments as infantry gear. In the 1920s, derivative hats also called tams were introduced as women’s fashion in Europe and America.

The Scottie Terrier can trace its ancestry back to the Blackmount region of Perthshire and the Moor of Rannoch in Scotland, and the first written records about a dog of similar description to the Scottish Terrier dates from 1436 when Don Leslie described them in his book, The History of Scotland 1436-1561. Both the Scottish Terrier and the tam o’ shanter are as Scottish as the thistle that grows there. Probably nothing quite says ‘Scotland’ like the dog, the hat, and the plant.

2 thoughts on “Nothing Says Scotland Like These Three Things”