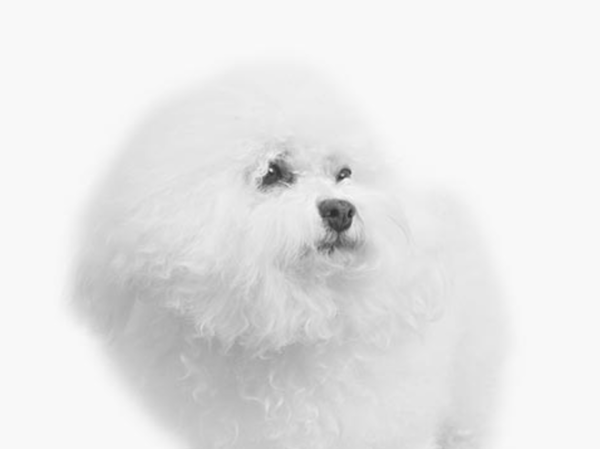 An owner with a sense of humor might name their Bolognese, “Oscar Meyer,” but the breed predates processed meat by a few thousand years. This native of Bologna, Northern Italy was developed sometime between the Roman Era and the 1200’s, and is one of the oldest members of the Bichon family, a descendent of little white dogs called “Melitensis.”  Indeed, we found that some sources continue to refer to the breed as the “Bichon Bolognese,” while other writers call it,”one of the Old World Bichons.”  Today, Bolognese fanciers call them “bolos.”

Historically, the engaging little white dogs captured the hearts of wealthy Italian residents and royalty: The Gonzagas and the de Medicis, Philip II of Spain, Catharine the Great, Madame De Pompadour of France and Empress Maria Theresa of Austria.  Maria Theresa, in fact, was unable to part with her dog even after its death; she had the little dog stuffed which today, visitors to the Naturhistorisches Museum in Vienna can see on display in the museum stairwell.

As the middle and working classes grew, nobility started to die out, and the Bolognese almost did, as well. A concerted effort to restore the breed began in the early 1970’s: A Belgian woman, Senora Adele Walchaertz living in Massaroas, Italy was given a Bolognese for her birthday, became smitten and established a kennel, “Leone Fiammingo.” In the 1980s, breeders like Gian Franco Giannelli continued restoration efforts, and in 1990, the breed was brought into England by Liz Stannard and first shown that year in the breed registry. In 2001 the breed could be shown at all shows within their own classes, and in 2002, they were at Crufts for the first time.

As for America, Dorothy and Bert Goodale brought the Bolognese to this country in 1986, but it was during their research of the Havanese that they actually found references to the Bolognese in several out-of-print books. Unable to find breeders in the United States, they found that European breeders were unwilling to part with their dogs since they were trying to restore the breed, themselves. Russia seemed to be the only place where the Bolognese was in relatively good numbers, but the Goodales ultimately purchased a Bolo from Jan and Birte Warming in Denmark whose dogs were Russian in origin. The Goodales would go on to acquire another Bolognese from East Germany, and a few more from Belgian and Portuguese lines, and finally in 1991, they imported a Bolognese directly from Russia. 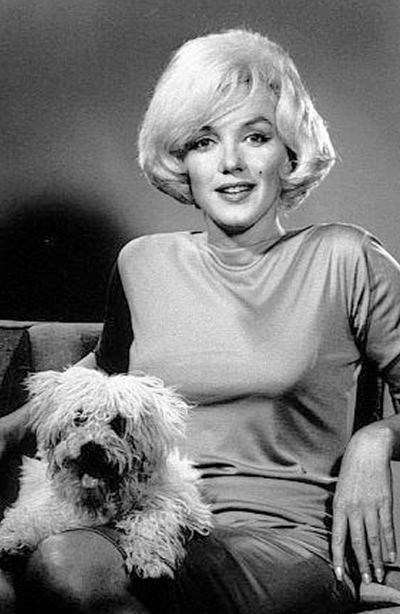 On a sadder note, it’s believed that a Bolognese named, “Maf” was with Marilyn Monroe on the night she died (though some say the dog was a Maltese). As the story goes, Maf was a gift from Frank Sinatra in 1961, the dog’s name a humorous jab at Sinatra’s alleged mafia links. Monroe sometimes referred to the dog as a Poodle because in the early 60’s, the breed was so unknown in this country that people simply called it a Poodle. A number of sources (including Purina), however, maintain that Maf was, indeed, a Bolo. After Marilyn Monroe’s death, Maf was adopted by Sinatra’s secretary, Glora Lovell, but he wasn’t to outlive his owner by much. Maf was hit and killed by a car.

Image of Marilyn Monroe found on Pinterest and happily credited upon receipt of information. Black and white photo of Bolognese appears courtesy of the AKC.