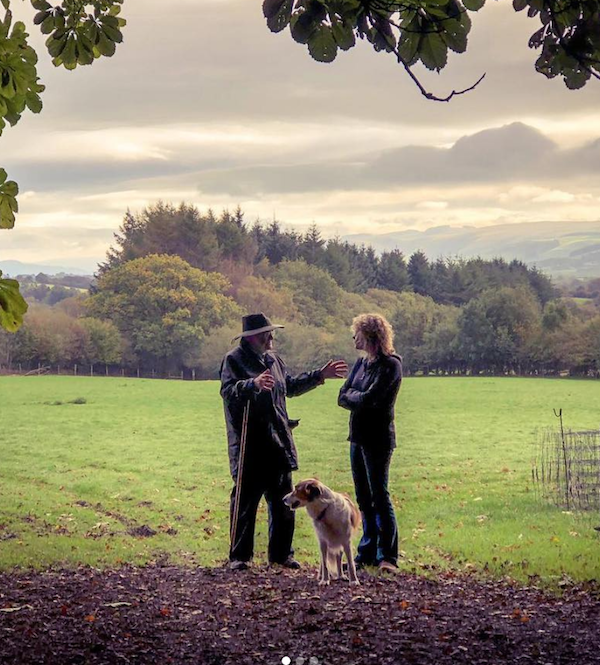 The Welsh Sheepdog has been called by some as one of the world’s rarest herding breeds, and certainly, it may be one of the oldest. Manuscripts dated to the 13th century and related to Welsh Law made mention of herding dogs: “The herd-dog guards the stock and goes before them in the morning and comes home behind them at night.”

If there are records about the breed’s origins, they have eluded most. For their part, cynologists believe that at least part of the Welsh Sheepdog’s ancestry can be traded to the “gellgi,” an ancient Welsh staghound kept by Welsh noblemen for hunting. Later, as British agriculture included cattle and sheep, the dogs (sometimes referred to as Ci Defaid Cymreig, the name by which it was more likely to have been known in Wales) were relied upon to keep the animals moving and safe as they traveled hundreds of miles over wild, open country to be sold at sales in England over the mountains. The dogs had to have stamina, be clever, hardworking, and resourceful.

Sadly, a decline in droving coupled with sheepdog trials “owned” by Border Collies saw a decline in the Welsh Sheepdog’s popularity and use, even though many regarded it as the more versatile of the two breeds.  Increasingly, the breed indigenous to Wales was bred with Border Collies to “make a better mousetrap,” and only small pockets of the Welsh Sheepdog remained.

The Welsh Sheepdog Society was formed in 1997 to preserve and promote the ancient Welsh breed “in its working context,” and one of its goals is to develop the purity of the strain. The society holds meetings and demonstration days throughout the year, and “mans” stands at the Royal Welsh Show, the RWAS Winter Fair and various other major shows across Wales and the Border Counties.

The Welsh Sheepdog Society – South Wales & Borders Branch also has a Facebook page which includes marvelous photographs and videos of the dogs at work.

Perhaps most encouraging for the breed is a charming “docuseries” that follows the quest of BBC presenter, Kate Humble, and her Welsh sheepdog, “Teg,” as they travel from sheepdog trials to droving in a nationwide search for a genetically suitable mate. The series can be found on Acorn, our favorite British alternative to Netflix. You can start a free week long trial here, time enough to see the three episodes of Series One. You can follow Kate and Teg on her Instagram page from which the photo comes.