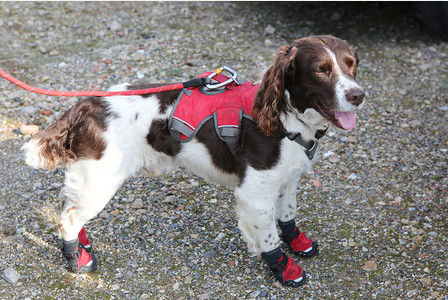 Some of you may remember that “Ratty,” from Kenneth Grahame’s The Wind In The Willows stories is a water vole, a critter that 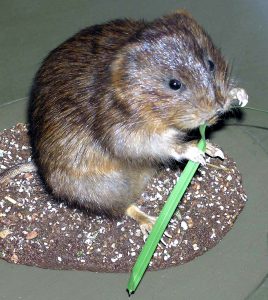 lives along rivers, streams and ditches, around ponds, lakes, marshes, and in areas of wet moorland. Sometimes mistaken for rats, water voles have undergone one of the most serious declines of any wild mammal in Britain during the 20th century. The intensification of agriculture in the 1940s and 1950s caused a loss of habitat, and later, it was outcompeted by minks. Between 1989 and 1998, the animal’s population fell by almost 90 per cent.

There’s only one dog in the world that’s been trained to find this mammal’s by the scent of its poo, and that dog is a purebred Springer Spaniel named, “Stig.”  Nine year old Stig helps monitor the water vole population after 188 of the once prevalent animals were reintroduced into the River Stort in June. His reward is a tennis ball, and that’s fine by him. It’s another day in the life of a dog from “Ecology Dogs,” a Colchester-based business (in the UK).  Stig is seen here in the shoes and coat that protects him from reeds.