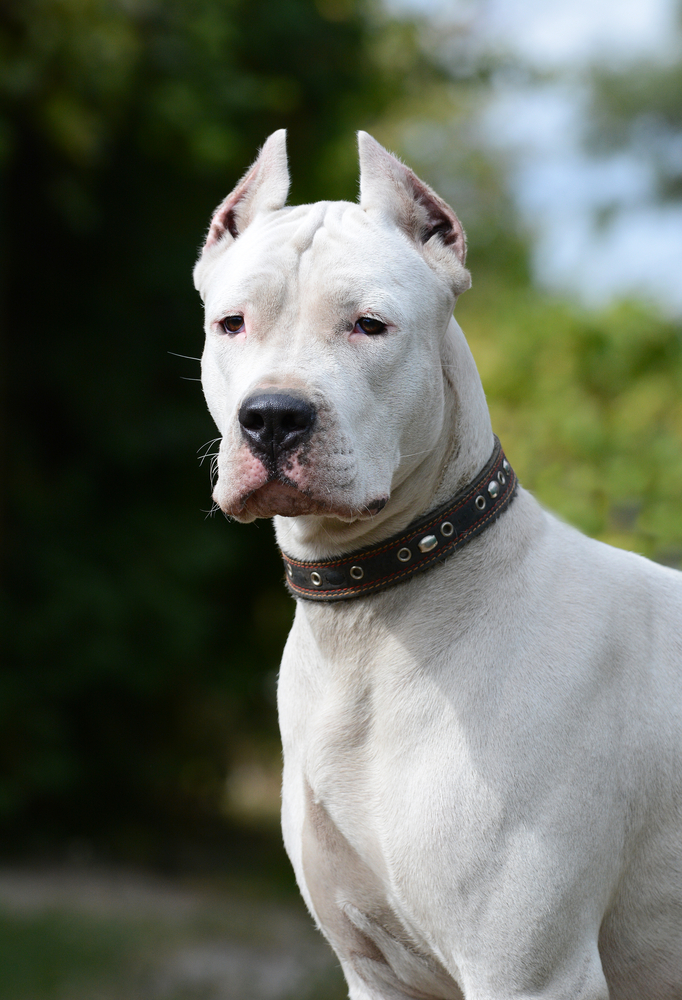 When one investigates which felines are regarded as “big cats,” the jaguar appears on the list along with the lion, tiger, and leopard. Expanded lists include the cheetah, snow leopard, cougar, clouded leopard and Sunda clouded leopard, but the “big four” from largest to smallest are tigers, lions, jaguars and leopards.

They are also the only four big cats that roar because each has an adapted larynx and a unique part of the throat called a hyoid apparatus which gives them the ability to make a deep, loud roaring sounds. Of them, the lion has the longest larynx of them all which is why its famously loud road can be heard up to six miles away. A jaguar’s roar, on the other hand, sounds like wood being sawed in one direction, and for that reason, it’s called a ‘saw’ and not a roar.

Jaguars exist in eighteen countries in the Americas, from Mexico to Argentina (with the rare individual spotted in the US) and particularly in Pantanal, Brazil in wet lowlands, rain forests, and subtropical forests near lakes and rivers. They can be mistaken for leopards because they look similar, but one can tell the difference from their spots, or rosettes: Jaguars have black dots in the middle of some of their rosettes, leopards don’t. Jaguars also have larger, rounded heads and short legs. Jaguars have a more powerful bite than any other big cat, and they can eat just about anything they came across. They rarely miss. Indeed, their name comes from the indigenous word, ‘yaguar,’ which means ‘he who kills with one leap.

The video below is of two male jaguars who encountered each other on a beach and discussed their differences with snarls and flying paws. The filmmakers themselves described the Jaguar maneuvers as “explosive.”

Male Jaguars Fight on the Beach

There are plenty of videos on-line that show jaguars in action, and in particular, their explosive actions, but the videos involve prey becoming dinner, and no one wants to see that here.  Jaguars are a protected species today, but back in the day, these cats threatened the livelihood of farmers and ranchers, and thus, were hunted. It took a dog breed equal to the task of hunting a powerfully eruptive cat, and not for nothing does the word “explosive” appear in only one AKC breed standard. It belongs to the Dogo Argentino. The general appearance section of the standard reads: “The Dogo gives the impression of explosive power and energy. Developed to find, chase and catch dangerous game the Dogo must have a good nose, great lung capacity, and a powerful, yet agile, muscular build.” 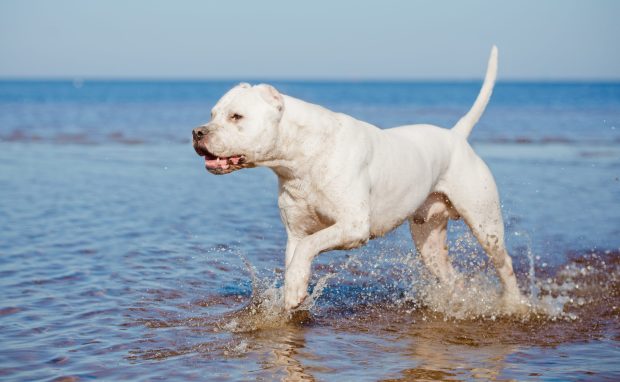 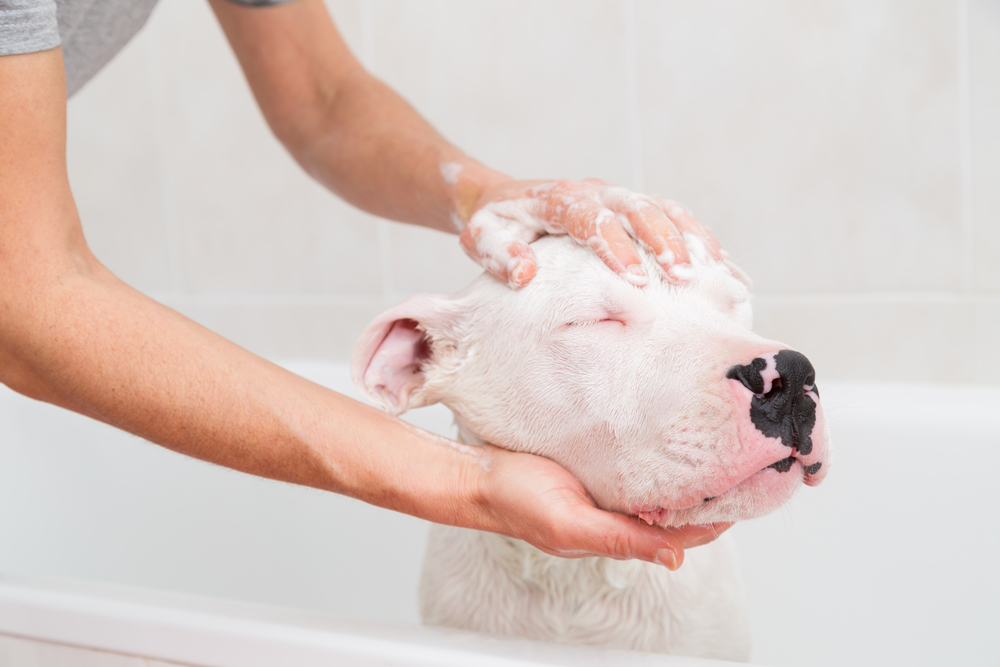 “He is a faithful companion at home and in the field.” – From the breed standard. Photo by By 135pixels/Adobe stock photo