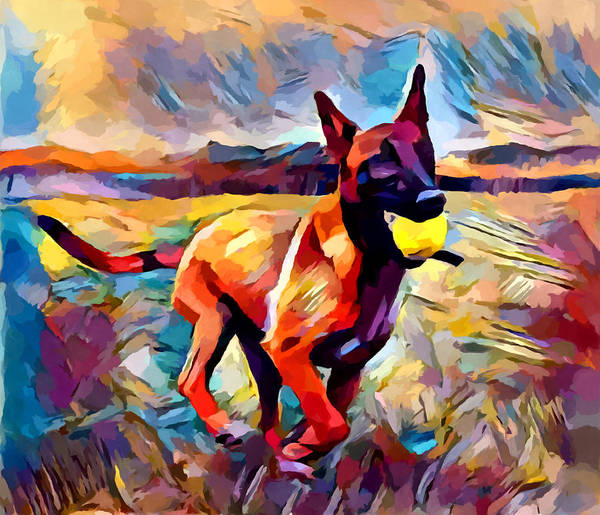 The history behind the Belgian Shepherds is well known, but to refresh:

By the end of the 19th century, the Belgian Shepherd was being replaced by machinery, and this obsolescence was putting it at risk of extinction. To save the dogs, the Club de Chien Berger Belge was formed in 1891, and a survey team headed by Professor Adolphe Reul from the Cureghem Veterinary School looked into establishing some sort of order for them. Now mind you, unlike other countries where herding/shepherd breeds had been standardised, little attention had been given to appearances in Belgium. Shepherds had worked in that country for centuries, and ability trumped aesthetics. As a result, what Professor Reul and his team found was a tremendous variation in type, often by geographical area.

Though the team had sought to classify the dogs as a single breed, the 117 shepherds these researchers had assembled were different enough to be categorized into six different varieties based on coat and color.

In the interest of space, we skip over some important years for the Belgian Shepherds and time-travel to 1905 when it was decided that interbreeding between the different varieties should be forbidden. That lasted until 1920. WWI had so devastated breed numbers that to preserve the breed and avoid inbreeding issues, intervariety breedings were allowed. WWII again threatened the breed, and in late 1945, breedings between the different varieties was encouraged. The Belgian Shepherd recovered in numbers, and in 1956 the current breed standard was adopted which specified the four varieties known today:The Belgian Shepherd (Groenendael), Laekenois, Malinois and Tervuren.

Some of you may be a little confused by now, and it may have to do with where you call home. Up to now, we’ve been writing about the Belgian Shepherds as if they are one breed. In FCI countries and Canada, they are. In those countries, the four different coats are varieties of one breed that are judged separately, and can each be awarded a CAC, a CACIB or a reserve title.

In the AKC, the Belgian Shepherd, Laekenois, Malinois and Tervuren are four distinct breeds. We conclude from the perspective of the FCI and Canada to make sense of the rest of the post. Sources suggest that the Belgian Malinois was the first variety to breed true to type, and these dogs became so well-known in Belgium that at one time, the other varieties were collectively called “other-than-Malinois,” and it was the Malinois against which the other varieties were gauged.

Image: Malinois by Chris Butler is available for purchase as an art print, and in home decor and lifestyle items here.