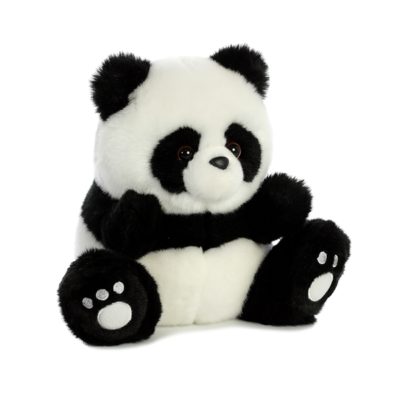 Today is National Panda Bear Day, and it’s a fine time to offer a reminder that there are far too many dog breeds outnumbered by Panda Bears.
To be clear, the World Wildlife organization says that Giant Pandas are no longer classified as ‘endangered,” they’ve been downgraded to ‘vulnerable’ on the global list of species at risk of extinction after their population increased by 17% in a decade. Estimates are that there are now about 1600 pandas, and it looks like this: 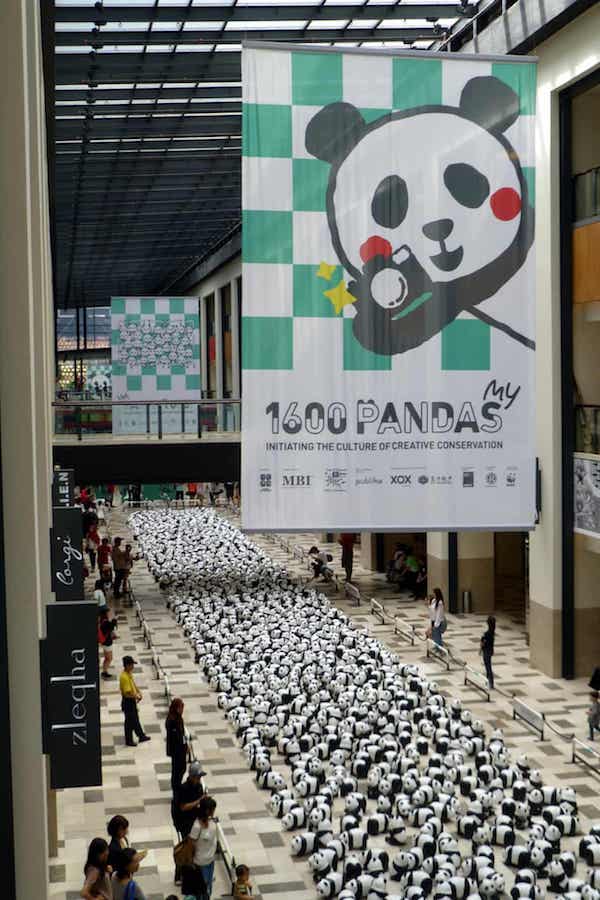 Over the last several years, WWF has been exhibiting 1600 papier-mâché pandas around the world, a nod to the 1596 pandas that China estimated during the third “National Survey” of giant pandas between 1998 and 2002. Here they were, last week in the Publika Shopping Mall in Kuala Lumpur, Malaysia Photograph: Munhoe Chan/Munhoe Chan/Demotix/Corbis

In spite of an inspiring comeback from the very edge brink of extinction, the Panda Bear remains the “poster child” for extinction,  a reminder of how close we came to losing a captivating animal.

By comparison, this is what 600 Otterhounds (a conservative estimate of the breed’s global population) looks like in terms of papier-mâché Panda Bears:

Sadly, Otterhounds are not alone in their vulnerability.

In its country of origin, the UK’s Kennel Club registered only 81 Norwich Terriers last year. The number of registered Smooth Collies was 77, Curly Coated Retrievers came in at 70, and only 62 Bloodhounds were officially recorded.

The numbers get worse.

In 2018, a mere 50 Skye Terriers (think Greyfriar’s Bobby) were registered. They were followed by 48 Glen of Imaal Terriers, 51 Irish Red & White Setters ( a breed older than the Irish Setter), and a shocking 34 Sussex Spaniels. Thirty four.  While a few of these breeds are faring better across the proverbial pond, it’s alarming that their numbers are so low in the culture that gave birth to so many of them.

It’s not just happening in the UK. The Greenland Sled Dog is in big trouble, and if Dr. Stanley Coren is to be believed, ten breeds account for half of AKC registrations while others are heading into dangerous times.

We won’t get into why this is happening, but certainly changes in lifestyles, technology, a reduction in hunting, and modern urban dwelling factor into it.

We are unmoved. Purpose bred dogs can be repurposed. We no longer hunt Otters, but Otterhounds are descended from Bloodhounds and inherited that marvelous nose making them eminently suitable for tracking and trailing work. Glen of Imaal Terriers no longer turn rotisserie spits (thank you!), but because they are a gentler, less excitable breed than most terriers, they can be a great companion for retirees and city dwellers.

The world appreciates what conservationists have done for endangered species, but we think it’s time to include dog breeds as animals needing protection, and to that end, we applaud the preservation breeders who ensure that the next generation of sound, socialized dogs will be around for our future to meet them.

Sadly, at the present rate, the only way a child will know that a wondrous dog like the Manchester Terrier ever existed will be from a book. Don’t let this happen. Support all our dog breeds for they are windows into the cultures and ethnicities that so many of us are keen to discover when we purchase a 23 and me or Ancestry.com kit. Wouldn’t you want to know the canine companions that kept your ancestors company and helped them survive?
Click here to see other UK breeds considered vulnerable in their land of origin, and then this May 1 (National Purebred Dog Day),  “go public” with your dog. Go to the park, shop at a dog friendly mall, be seen, and be open to the conversation that might start out with, “What kind of dog is that?”  Conversely, refuse to be intimidated by the person who sneers at your dog because it’s a purebred dog, or worse, becomes rude if they learn that your dog came from a breeder. 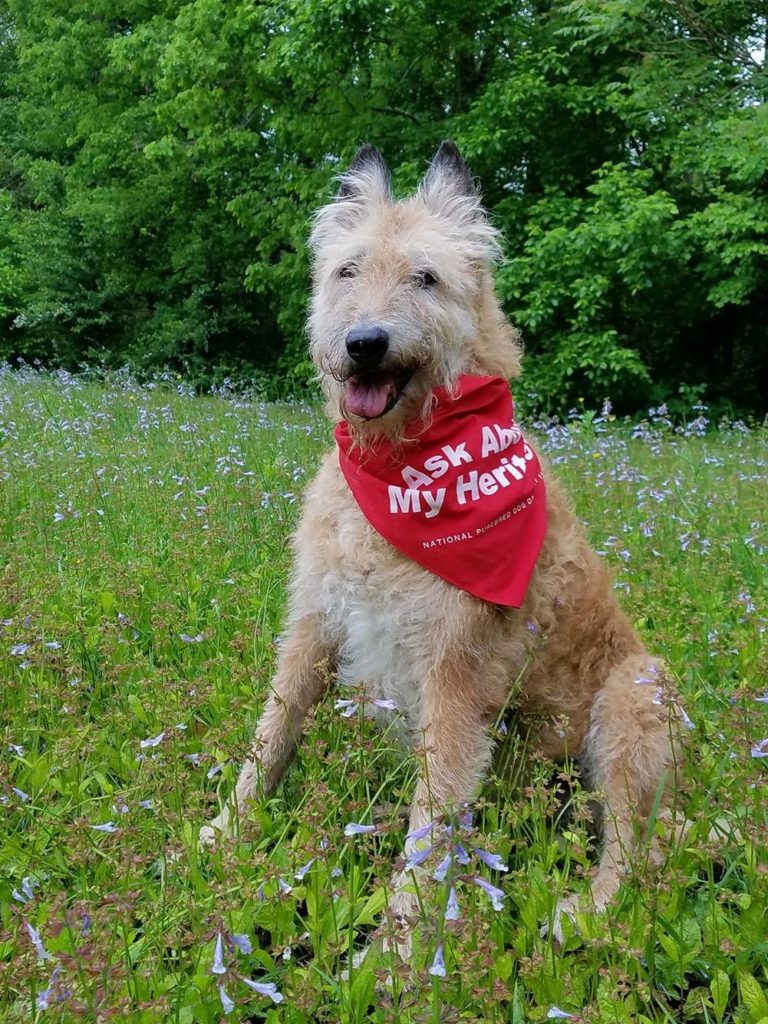 As we head into the home stretch towards National Purebred Dog Day, become proactive by wearing an NPDD hat or one of our t-shirts, putting a bumper sticker on your car (we offer them as magnets and sticky stickers), or having an NPDD tote bag hanging from your hands. Better yet, have your dog be the conversation starter with an “Ask About My Heritage” bandana.
Become part of the solution by shopping at NPDD’s shop.

8 thoughts on “Panda Bears and Purebred Dogs. Read it and Weep”