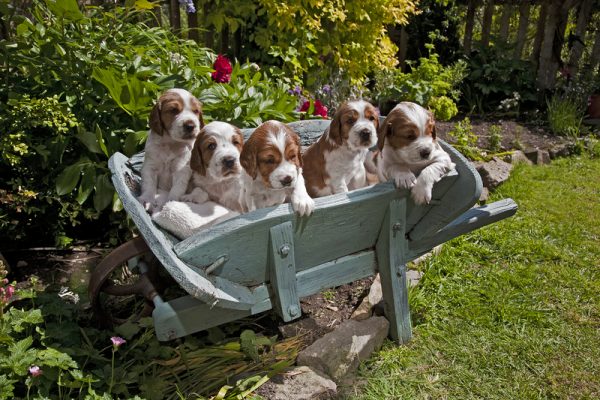 In the most populous county of Wales (Glamorgan) is the village of Llanharan. Once visitors to Llanharan check out the town square, the Church of St Julius and Aaron, and Llanharan House, the estate of the former Justice of the Peace and Deputy Lieutenant, Colonel Blandy-Jenkins, they’ll believe they’ve seen pretty much everything. Welsh Springer Spaniel fanciers, however, know better. Llanharan House is part of breed history. 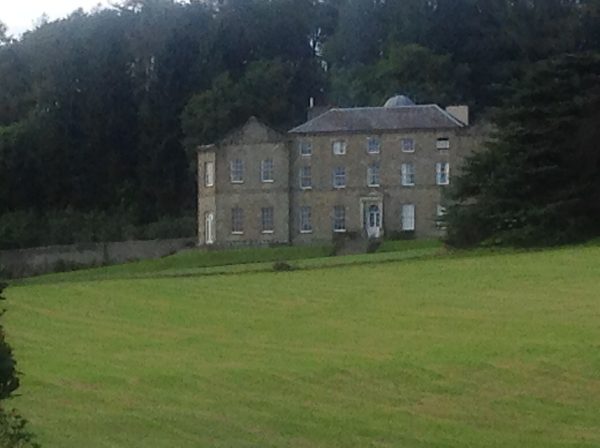 When the Kennel Club officially recognized the Welsh Springer Spaniel in 1902, the first dog on its register was Ch Corrin bred and whelped at Llanharan House by Colonel Blandy-Jenkins in 1893  (more probably, however, by his gamekeeper, William Jenkins, and his sons Abraham and Elias). The Llanharan strain of Welsh Springer Spaniels was one of the most significant – and successful –  kennels of the breed.

So many of the dogs produced by the kennels had a spot or “lozenge” on the top of their heads that they were easily identified as Llanharan-bred. The mark came to be called the Llanharan spot and gave rise to the old saying, “a penny on the head.”

Image: Two of the puppies in the photo at the top (especially the pup at the far right) have such a spot. The photo taken by ©T C Evans is from Dreamstime.com