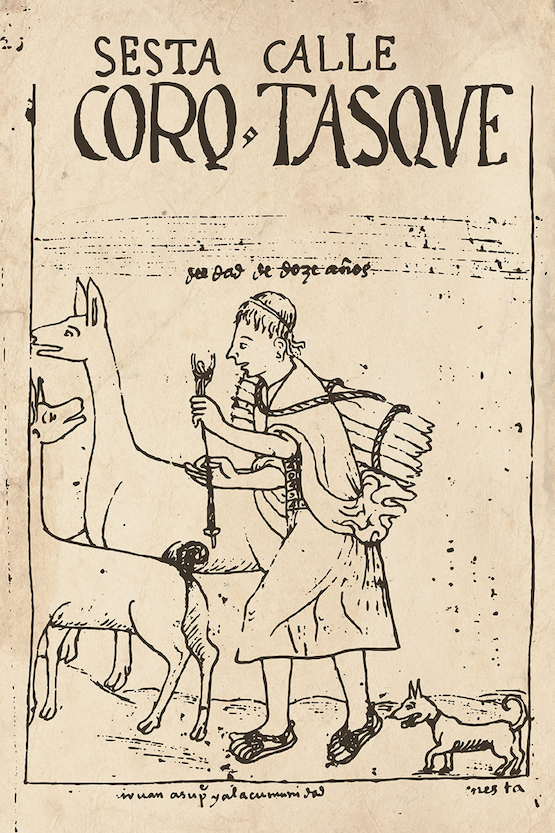 From Ecuador to Bolivia, South American Indians living in the Andean highlands speak many regional varieties of a language that was also spoken by the Incas throughout the Inca empire. The language is Quechua, and it has became the tongue adopted as a common language between speakers whose native languages are different, something known as lingua franca.

Quechua is currently spoken by an estimated eight to twelve million people scattered across six South American countries: Argentina, Bolivia, Chile, Colombia, Ecuador, and Peru, and yet it is considered an endangered language because it is polydialectal; in this regard, it has something in common with the Klingon language of Star Trek which features eighty poly-guttural dialects.

Before the language is lost to us, we thought it worth sharing that in Peru, the Peruvian Inca Orchid is commonly known as the “Calato,” which in Quechua translates to “naked dog.”  This hints at the antiquity of the breed since the Quechua language predates the Incas civilization which arose sometime in the early 13th century. Images of the breed appear on the ceramics, painting and iconography of pre-Columbian cultures such as the Chavín, Moche, Wari, Vicus, and Chimú cultures dating as far back as 750 A.D.

When Spanish conquistadors invaded Peru, they noted the presence of hairless dogs in Incan homes let out only after sunset so they could have the moonlit nights to themselves (and avoid sunburn during the day). During the time of the Incas, these dogs played such an important role in Inca customs, rituals and traditions that it was worth being sketched by the Peruvian chronicler, Huamán Poma de Ayala, who depicted a ‘Coya’(the main wife of the Inca) with a Calato dog at her side. It’s the image you see here.

Accordingly, the Peruvian government declared the PIO breed a national treasure in 2001, and it is Peru’s only dog breed that is registered internationally.