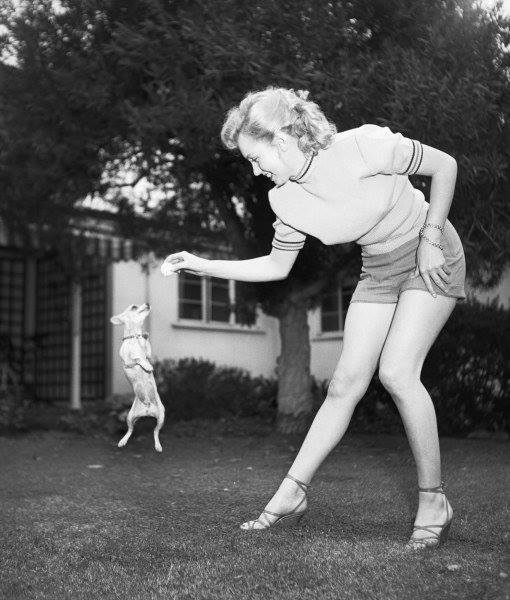 When Marilyn Monroe signed a six-movie contract with Columbia Pictures in 1948, it was a breakthrough moment in her career, and the animal lover celebrated by getting her own Chihuahua. Though she named the dog, ” Josefa,” everyone knew the dog as “Choo Choo.” It was rumored that Marilyn never bothered to housebreak Choo Choo, a fact she covered by telling everyone the dog was incontinent.

If you recall the cartoon series, Top Cat, you might remember an episode called, “Choo Choo Goes Ga-Ga” from 1962 that parodied Marilyn Monroe as “Marilyn Maroon,” upon whom Top Cat’s right-hand-cat, “Choo Choo,” had a terrible crush. We don’t know with certainty if the cat Choo Choo was named for Monroe’s Chihuahua, but it’s a bit suspicious…. 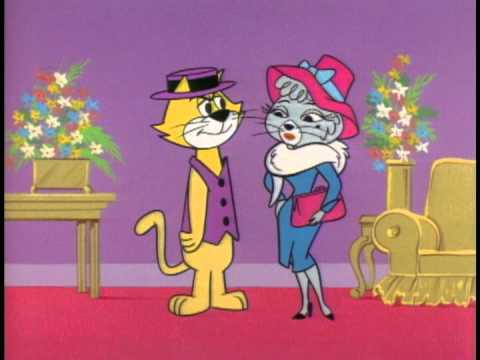 Marilyn would go on to have other dogs. “Hugo” was the Basset hound she and her third husband, Arthur Miller, had at their East 57th street apartment in New York in the late ’50’s. When Marilyn and Arthur split up, Arthur retained custody of Hugo. She also got a Poodle from Frank Sinatra, a dog that Sinatra had purchased from Natalie Wood’s mother. Marilyn named the dog “Maf,” a humorous jab at Sinatra’s alleged connection with the mob (mafia).  When Marilyn moved back to Hollywood after she and Miller divorced, she had Maf flown out to Hollywood to be with her. After her death, Maf was inherited by Frank Sinatra’s secretary, Gloria Lovell.

Photo from Pinterest and credited upon receipt of information