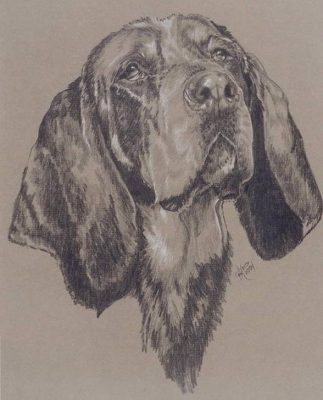 One of the longest concerts we ever attended was at the now defunct Rainbow Concert Music Hall in Denver. In 1999, the place was shuttered and converted into a Walgreens, but in the nine-years it was open, the unassuming little concert hole-in-the-wall-venue saw talent ranging from Bob Dylan and R.E.M to Black Flag and U2.

She must have been “in the zone” on the night we saw Emmylou Harris play at the Rainbow because she played and played and played. She sang and strummed and beguiled us for hours, her voice never failing her.

Unfortunately for us, “Red Dirt Girl”  hadn’t been written yet, but at least we can enjoy it now. The album from which it comes was included in the book 1001 Albums You Must Hear Before You Die, and though the song isn’t expressly about a dog, anytime a purebred dog is written into lyrics, we’re on it!

You can see and hear this legend sing the song below:

What’s your favorite song that includes a purebred dog?