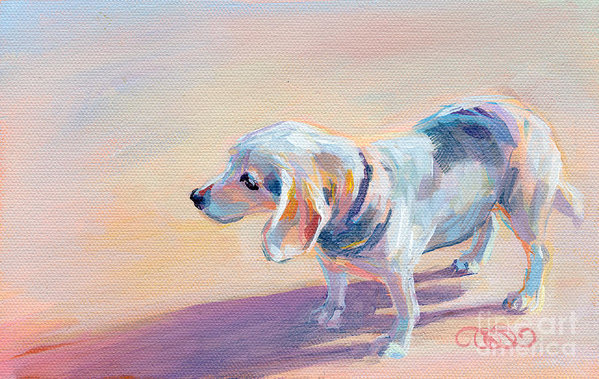 It’s hard to imagine the Beagle as a new breed, but back in 1876, it was. That was when a Beagle was first imported into the United States, and eight years later, was accepted by the AKC.  The AKC’s first registered Beagle – which happened in 1885, was named “Blunder.”

Is that a great dog name or what?

The models for the first American standard as drawn up by Rowett, L. H. Twadell, and Norman Ellmore in 1887 are believed to have been based on Rowett’s Beagles owned by (wait for it) Richard Rowett, a local Civil War hero, politician, and stock breeder. Like many of his fellow Illinoisans, Rowett immigrated from England to the United States as a teenager. We skip over the man’s middle years and cut to the chase by sharing that the man not only bred the 1889 Kentucky Derby winner, he pioneered the importation of Beagles into United States.  General Richard Rowett was also the first to begin an organized breeding program of Beagles in the United States.

For anyone interested in Rowett’s life, you might find this book interesting.
Image: “Twilight” by Kimberly Santini
www.paintingadogaday.com
www.facebook.com/KimberlyKellySantini)
http://paintingadogaday.blogspot.com