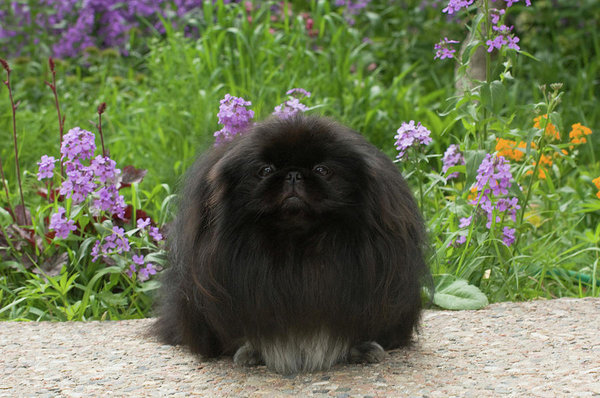 Less than ten years ago, Paris Hilton ushered in a trend that caught on with other celebrity dog-owners like Britney Spears and Spice girl, Geri Halliwell: The use of “handbag dogs.” It wasn’t long before dogs small enough to fit in a handbag were seen seemingly everywhere. In the UK alone, the number of Chihuahuas insured by the insurance company, Sainsbury, jumped 417 per cent. Most serious “dog people” were a bit horrified by choosing a pet on the basis of fashion, and some wondered how carrying a dog in a purse wasn’t somewhat distressing for the dog.

We write this with sarcasm, they needn’t have worried. The “fashion statement” ran its course and small breeds were being relinquished to shelters in droves. In a report issued by the pet charity, Blue Cross, in 2015, the number of “handbag” dogs available to be re-homed increased by 120 per cent.

By way of a long opening paragraph, we get to our point, and that is that Paris Hilton was hardly the first person to “accessorize” a dog. In the late 19th century, Dowager Empress Cixi, one of the most powerful women in the history of China, created a set of rules, and among them was that the Pekingese should come in many colors so that there would be a dog to suit every garment in the royal wardrobe (she also added that the dog should have fastidious eating habits, and hairy feet to allow it to walk silently).

Luckily, the breed does come in many different colors and shades, though once Buddhism was introduced into China, dogs which most closely resembled the lion – including its color – were favored, as were all-white dogs which were both rare and the traditional Chinese color for mourning (and thus considered sacred). Only two colors are not mentioned in today’s AKC breed standard, Liver and albino, and in both cases it’s because these dogs won’t have black pigmentation. The standard states that regardless of coat color, the exposed skin of the muzzle, nose, lips and eye rims must be black. Albino isn’t a coat color at all, but the genetic absence of pigment in the skin, eyes, and coat, while all black Pekes are the result when a puppy has a dominant eumelanin (black pigment) gene. Interestingly, we came across a study from 2007 that confirmed a link between black hair on dogs and improved immune function against both stress and infection. You can read that abstract here.