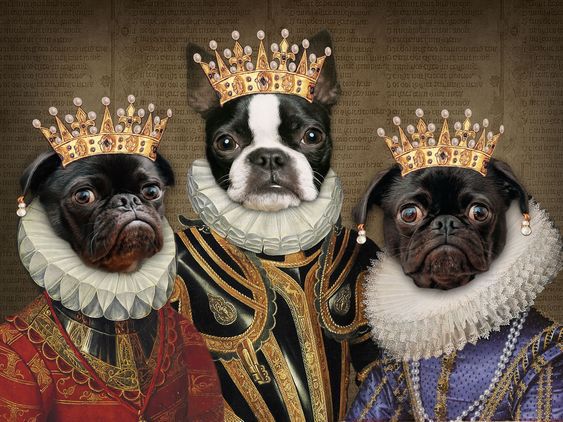 We suppose it was the ancient version of today’s “sin tax,” but Sumptuary Laws from previous times seemed focus on a whole lot of things beyond what we of today would regard as a luxury.

Depending upon the era, some of these laws regulated what one could wear, eat, drink, live in, and own.

On the face of it, sumptuary laws were designed to limit spending and excess clothing at all social levels, including high-ranking elites, but in reality, these laws seemed particularly strict when it came to luxury clothing at lower social levels. In the Middle Ages, the style of clothing that one could wear wasn’t just pre-determined, so was the material of which the garment was made. Silk, linen, and velvet were not allowed for those at a certain economic status, and as for accessories like scented gloves, feathers in hats, and slippers? Forget it.

Let’s not forget colors. British monarchy forbade the colors of red or purple among commoners, and during Korea’s Joseon dynasty, the colors royal women wore helped define their relationship to the king. The empress wore yellow, the queen wore red, and the crown princess and concubines were relegated to a purple-red color. A princess born to a king and a concubine (or women of a noble family or lower) wore green. In 8th century Baghdad, laws stated that Christians had to wear blue and Jews had to wear yellow. From a distance, people could determine status and rank, and act accordingly.

Hungry? Tough luck. In 1336, Edward III tried to restrict merchants and the servants of gentlemen from eating more than one meal of flesh or fish per day. Some 100 years later, an act of the Scottish parliament prescribed the lifestyle of all social orders in Scotland, and it went as far as limiting the use of pies and baked meats to those who held the rank of baron or higher.

This wasn’t just a British thing. In feudal Japan, sumptuary laws were passed that had no parallel in the history of the Western world. One imperial edict regulated the size of houses and imposed restrictions on the materials that could be used in their construction.

Needless to say, and regardless of country, these laws kept commoners from looking or acting like aristocrats or the prosperous bourgeoisie (and forbade women from dressing like men).  To do either could undermine a nobleman’s air of importance and power, and by default, question their ability to control and defend their fiefdom. From our perspective, it was about power.

By now, you know where we’re going with this. Sumptuary Laws also dictated what kinds of breeds of dogs people could own.

Japan’s Akita Inu were favorites with the Japanese imperial elite over several centuries, and in the country’s Edo period of the 17th and 18th centuries, the breed was only allowed to be owned by shoguns. The Shih Tzu was limited to ownership by Chinese royalty,  the dogs often symbolic gifts to the imperial leaders of China. In fact, during the Ming and Manchu dynasties, anyone found owning one of these dogs outside the imperial court was sentenced to death. Much the same applied to the Pekingese. At one time, only royalty were allowed to own these little dogs as they were considered sacred.

In France, the Great Pyrenees was the “royal dog of France” and adopted by French nobility in the 17th century, while in England’s Middle Ages, King Canute of England established the forest laws which dictated that only the nobility were allowed to own Greyhounds and Scottish Deerhounds, and owning one otherwise was punishable by death. In fact, the law also stated that the destruction of a Greyhound should carry the same capital punishment as the murder of a man.

By no means were these the only breeds in contention. Bloodhounds, Japanese Chin, Pharaoh Hounds, and the Coton de Tulear were also royal dogs. And we’ve probably missed some!

In as much as dog laws are becoming increasingly encroaching in our time, we’re not quite there yet.

Image by MichaPortraits is available in other breeds here