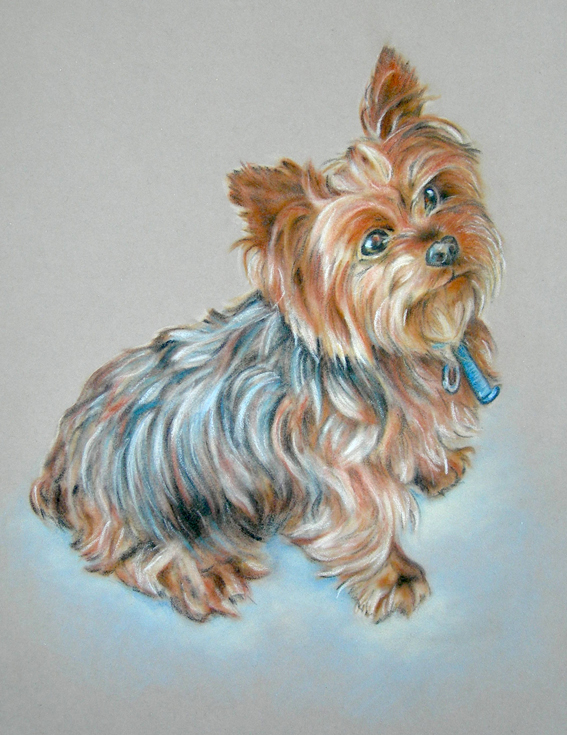 Imagine drawing up a standard for a breed that’s been “worked on” for years, only to have a different club draw up another standard for the same breed three years later! Since this happened in Australia in 1906 and 1909, respectively, we’ll never know (but might guess) that the drafters of the original standard were a mite put out.

The standards were for a breed that had been developed in Australia from native Australian Terriers crossed with imported Yorkshire Terriers – and even the name of the breed went through transmutations. The breed is, of course, the Silky Terrier.

Back in 1906, fanciers in Sydney, New South Wales drew up a standard, but a separate standard was created in Victoria a few years later. The standards were different enough to make one surmise that differing opinions led to the two separate standards. The Sydney standard called for the Silky to have only prick ears, and weigh over six pounds but under twelve pounds. The Victoria standard, however,  described two weight classes, one for dogs under six pounds, and the other for 6-12 pound dogs. It also allowed Silkys with both prick and drop ears.

The Sydney standard also made clear that the breed’s name should be the Sydney Silky Terrier. Not to be outnamed, so to speak, the Victoria fanciers referred to the breed as the Victorian Silky. See a pattern?

While there were efforts to come to a consensus about the breed’s weight, a revised standard came out in 1926, but it wasn’t until 1955 that the breed got its official name: The Australian Silky Terrier. It took four more years to iron out the weight issue, and it’s possible that the American Kennel Club “nudged” the newly formed Australian Kennel Club into a proactive stance over the matter when the latter learned how close the AKC was to recognizing the breed. One of the new club’s acts was to urge a national breed standard in which the weight issue was settled once and for all. In 1959, a standard was approved in which the weights were narrowed to “ideally from eight to ten pounds.”

Interestingly, the latest breed standard approved by the Australian Kennel Club in 2009 doesn’t mention weight specifics at all,  only that “weight [should be] in proportion to height.”  The AKC doesn’t even go that far and omits the “w” word (weight) altogether. It mentions only that the breed size is, “Shoulder height from 9 to 10 inches. Deviation in either direction is undesirable. Proportion – The body is about one fifth longer than the dog’s height at the withers.”

If you’ve even been part of a committee to write or revise a breed standard, you can read between the lines and sense the “blood, sweat, and tears” that likely went into resolving the Silky’s standard in its early days in Australia.

We hope those earlier fanciers and breeders knew that in the long run, their toil was worth the effort. Their fabulous little dogs  – what affectionados say is the true “toy terrier,” have endured and endeared themselves to a legion of fans.