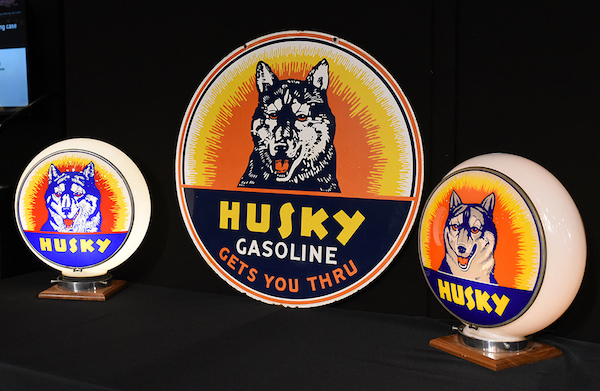 For folks who live in Canada, upstate New York, or the Great Lakes region, Husky Oil fill-up stations have been a common sight:

Though Husky Energy was founded in 1938 in Cody, Wyoming, it is a Canadian energy company headquartered in Calgary, Alberta. In 2008, “Husky” returned to the Toronto Stock Exchange after a thirteen-year absence because it had been privately held, but last year, the company floated plans to get out of the gas station business after 80 years. 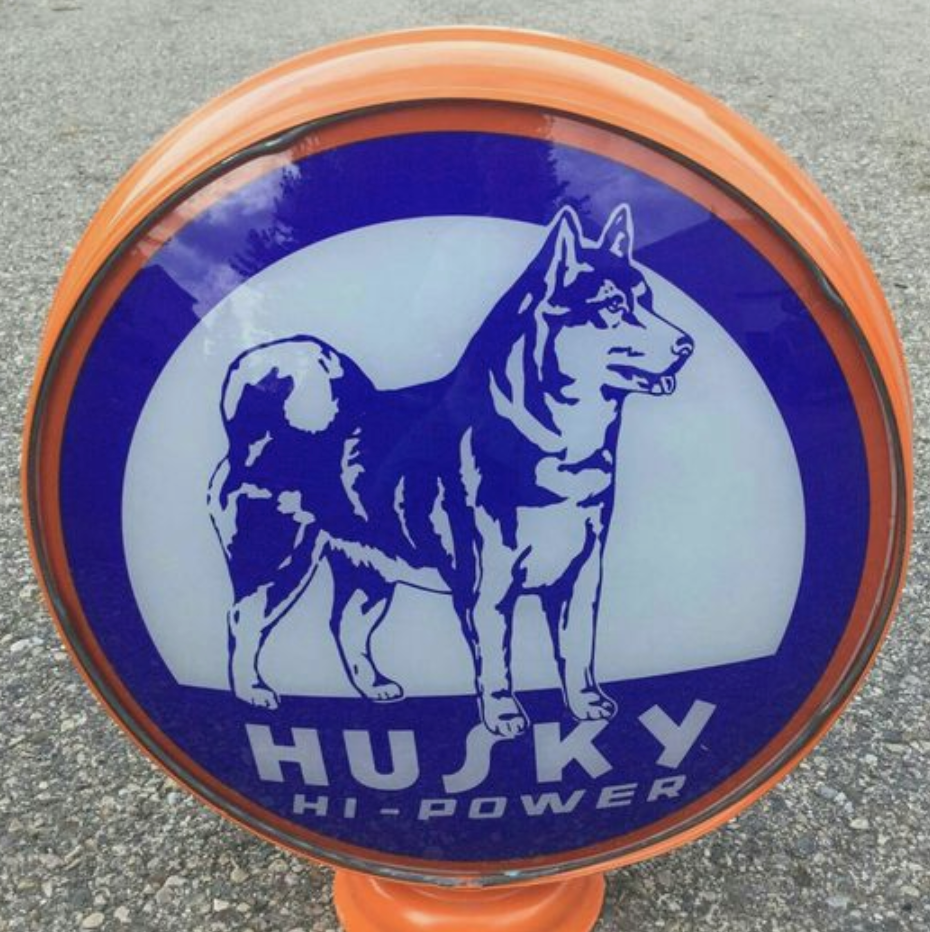 To understand why the Siberian Husky is the company logo, however, we must go back to 1938. It’s said that the company chose the Siberian Husky as its logo as a nod to the breed’s reputation as intrepid sled dogs that assisted Admiral Robert Peary during his expeditions in search of the North Pole. Early signs with the slogan, “Gets You Thru” underscore the idea that Husky Gasoline would take a motorist anywhere they needed to go.Husky Gasoline’s first signage showed the proud head of a male against a bright orange and yellow explosion of color.

When the company relocated to Canada in 1946, a new, but less colorful image showed the profile of the entire dog.

If you happen to have the original Husky sign like the one seen in the image, run, don’t walk, to your nearest auction house. This extremely rare 30-inch-diameter Husky Gasoline “Gets You Thru” double-sided porcelain service station sign from around 1939 sold for $149,500 at a 2018 Scottsdale Auction, a world record price. You won’t be disappointed if you only have a Husky gas pump globe from the late 1930s/early 1940s because they’re also in demand. These hard-to-find globes in milk-glass Gill bodies – (one showing a female Husky and the other a male)  sold for $23,000 and $17,250, respectively.