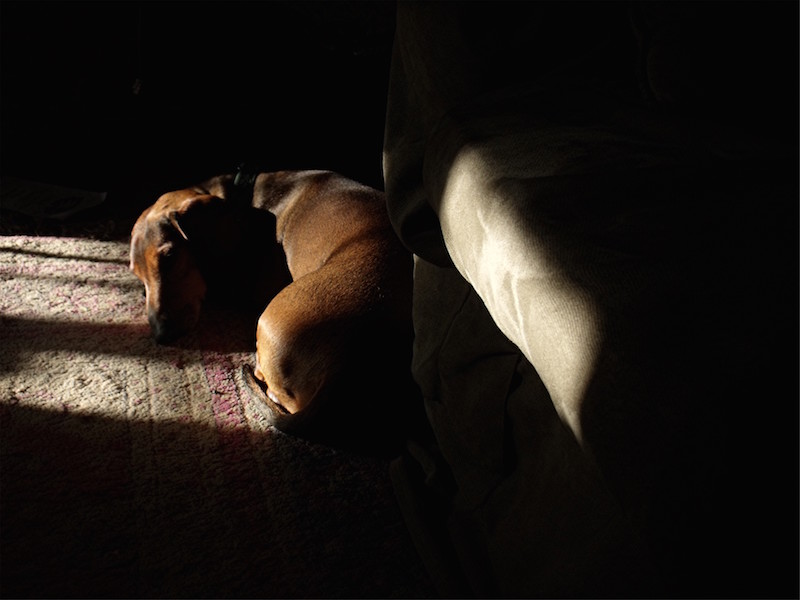 “Let sleeping dogs lie” is said to have been written by Chaucer, only in reverse form: “It is nought good a slepyng hound to wake.” (‘Troylus and Crisedye,’ 1374), and recorded two hundred years later by John Heywood (‘A Dialogue Conteynyng Prouerbes and Epigrammes,’ 1592), ‘It is ill wakyng of a sleapyng dogge.’ But by the time of Charles Dickens (‘David Copperfield, 1850) it had been turned about into the order of today’s usage.” From “Heavens to Betsy!” by Charles Earle Funk (Harper & Row, New York, 1955).

Photo of “John,” a Dachshund by Sarah Getzler