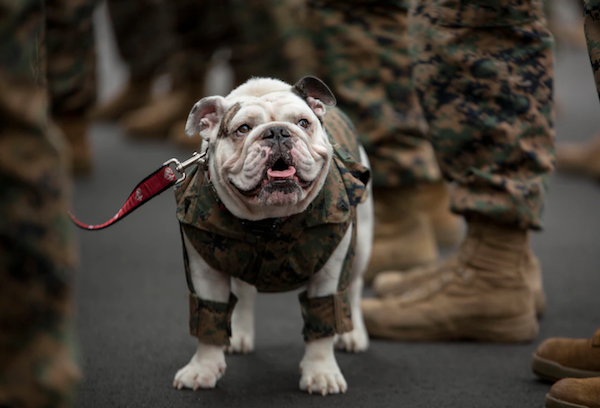 When Opha May Johnson died on August 11, 1955, her funeral services were delayed two days until August 13, 1955 so that it would fall on an important anniversary. But we get ahead of ourselves.

Opha May (her last name is also seen as “Mae”) was born in Kokomo, Indiana in 1878. After high school, she attended Wood’s Commercial College and graduated from the shorthand and typewriting department. In fact, she was the salutatorian for her class and presented the audience at the graduation ceremony with a carefully prepared paper.  In 1898, Opha married Victor Johnson at the Sixth Presbyterian Church in Washington, D.C.  By all accounts, Opha May had a quiet, unremarkable life until August 13, 1918, and that’s when she became the first woman ever sworn into the Marines Corps. 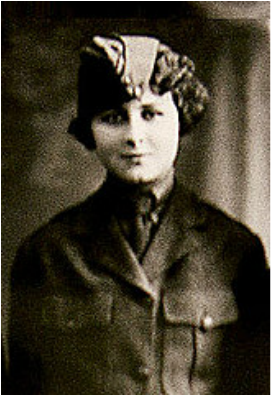 Forty years old at the time, Opha was technically the first of 305 women to enlist, and on her enlistment paper, the male pronouns that were the default had been crossed out. Unofficially, those first female Marines were called “Marinettes,” and they took over the clerical duties that men had held before they were sent overseas.

We are short on details of why Opha entered the military, but we know that when she was promoted to sergeant, she became the highest-ranking woman in the Marine Corps during her time in service.

It is understandable, then, why Opha’s funeral services were delayed. By waiting an extra two days, she was laid to rest exactly 37 years to the day from when she answered the call to become a U.S. Marine.

Bred by Dave and Judy Magnus of DJ’s Bullies and Beaks, Opha became Parris Island‘s 21st mascot after her “graduation,” but per regulations, Opha had to do like all marines: She got her official height and weight documented: 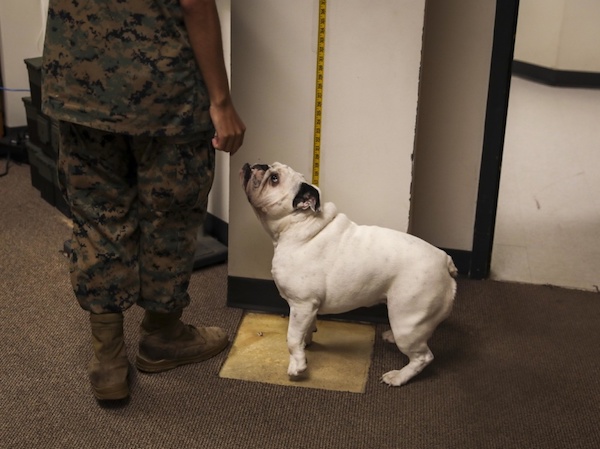 Opha the Bulldog took over for the ailing “Cpl. Legend” who passed away ahead of his ­expected retirement, and before Opha completed training. Opha attended Legend’s service along with over 70 people who’d come to pay their respects. During the service, a colonel remarked how important dogs are to the Corps, and how bomb-sniffing animals save lives in Iraq and Afghanistan. The chaplain, himself a Bulldog owner for 30 years, said a prayer, and a bagpiper played “Amazing Grace” and Taps. There couldn’t have been a dry eye in the house. Legend was laid to rest next to the grave of his predecessor, Sgt. Archibald Hummer.

Marines do it right.