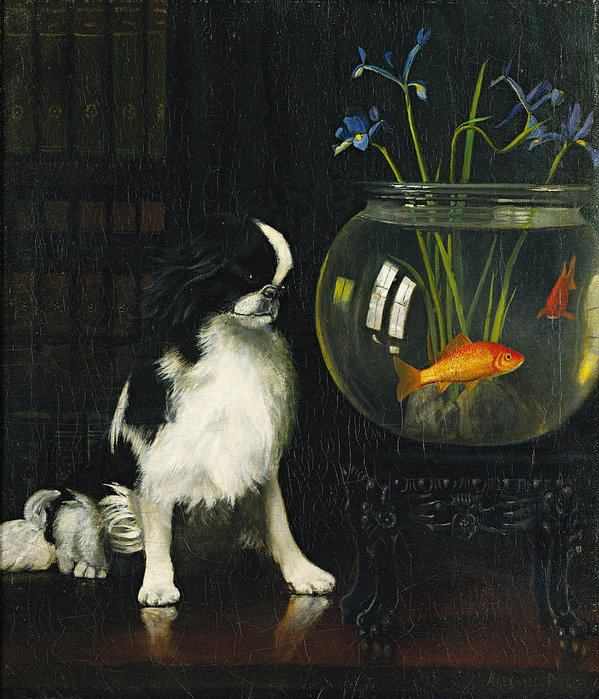 In 1636, Japan imposed a policy of isolation out of concern over its culture being corrupted by outside influences. The policy lasted for over 200 years. The first person to penetrate this policy was Commodore Matthew Perry who’d been sent by US President Franklin Pierce to “make nice.”  To reciprocate good will, Japan presented Perry with six Imperial Dogs: A pair for himself, a pair for President Pierce, and a pair for Queen Victoria who had endorsed the venture with good wishes. The dogs were the forebears of today’s Japanese Chin.

Sadly, only Perry’s pair survived the trip, and those he gave to his daughter, Caroline Perry Belmont. She eventually married August Belmont, and they became the parents of August Belmont, Jr.

For a time, junior’s claim to fame was having introduced spiked track shoes to the United States while he was a student at Harvard University. Then he became known for having helped finance the construction and operation of the first underground subway line in the United States.

For our purposes,  Belmont, Jr. is notable for putting into motion the production of a “gazette” magazine that would become one of the oldest dog magazines in existence. Why? Because in 1888, Belmont became the AKC’s fourth President.

One wonders if this would have happened had the Belmont family not gotten involved with a unique purebred dog. We’ll never know, but it’s entertaining to speculate.

Image: “Japanese Chin And Goldfish” by Alexander Pope is available as a lovely print here.