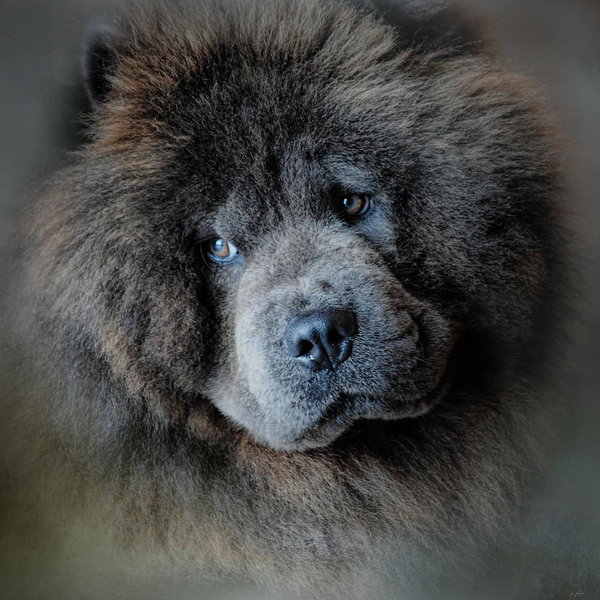 The AKC currently registers 190 dog breeds, and the word, “stilted,” appears in the standard of many of them. Except for one breed, however, “stilted movement” is regarded as a fault.

Yeah, we bet you know the breed.

A characteristic shorter, stilted gait is unique to the Chow Chow, but why?

Structurally speaking, is has everything to do with a straighter rear assembly. We certainly can’t improve upon the explanation given in the standard, itself:

This “pendulum gait” is hundreds of years old. It’s often attributed to muscular hind legs that have well let down hocks appearing straight with little angulation, and that flex neither forward nor break inward or outward.

There is concern among some, however, that the breed may be losing this important aspect of breed type, and some breed enthusiasts have suggested that it’s not a coincidence that Chow Chows exhibiting a loss of the true stilted gait also manifest an incorrect front.  They point out that the movement of any dog depends upon front and rear assemblies moving in sync with each other, whether its due to proper balance, or compensating balance. As the old song, Dem Bones” goes, the thigh bone connected to the hip bone, and so on.

A relatively straight upper arm and rather straight shoulder tend to balance with a straight stifle and hock in the rear, and Chow Chows tend to be somewhat straight in the front, and quite straight in the rear. If the dog is short-coupled and well let down in hock, it won’t have a 90 degree lay of shoulder.  The slightly sloping shoulder of the Chow should be about 60 degrees, which means that this angle for the shoulders or scapula is only 30 degree from being completely straight or parallel to the dog’s front. The relatively straight upper arm or humerus as well as the rather straight shoulder, tend to co-ordinate and balance with the straight stifle and hock. There is no swinging of the legs fore or aft, little extension either forward or to the rear. The breed’s movement is one of economy: Straight, forward, parallel, and efficient. 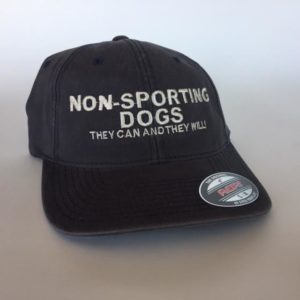 We always defer to the breed experts – the owners and breeders – and invite their input!

Chow Chow owners, proclaim your pride in owning this Non-Sporting breed with National Purebred Dog Day’s “Non-Sporting Dogs: They Can and They Will!” baseball cap available here.