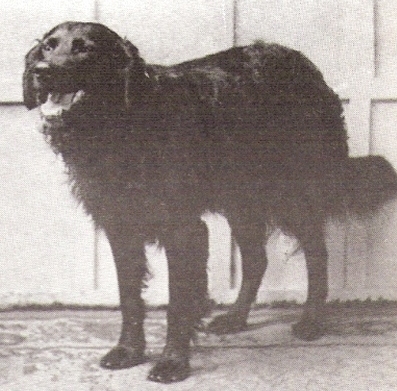 Had things not turned out the way they did, a 12 year old boy who nearly drowned would have been the only person alive to know that his account of a black dog pulling him out of a river by the scruff of his neck was no tall tale. As it happened, at least twenty- seven other people from the docks and riverbanks of Swansea, Wales would confirm the boy’s story: They, too, had been saved from drowning by a dog named Swansea Jack.

Jack, who lived in the 1930′s with his owner, William Thomas, looked like a black retriever, but at the time, he was identified as a Newfoundland despite being considerably smaller and lighter in build than Newfoundlands we see today. Put simply, he saved people from drowning in the River Tawe and the North Docks area. His first rescue was in June 1931 when, as a year old pup, he saved that 12 year old boy, though the account went unreported. A few weeks later, however, Jack rescued a swimmer from the docks in full view of a crowd. His photograph appeared in the local paper and he was awarded a silver collar by the local council.

It was just the beginning.

Over the next ten years, Jack was said to have saved some twenty-seven people from drowning in what was described as the most dangerous river and docks in Wales. Many people believed the number of people he saved was even higher. Jack always responded to cries for help from the water by diving in and pulling whoever was in trouble to safety.

Among the awards Jack earned was  ‘Bravest Dog of the Year’ and a silver cup, and he remains the only dog ever to have been awarded two bronze medals (the canine version of the Victoria’s Cross)  by the National Canine Defense League which awards the medals in recognition of deeds of daring, selfless risk-taking, and mostly happy endings. A happy ending, however, did  not come to Jack. He died in 1937 after eating rat poison. 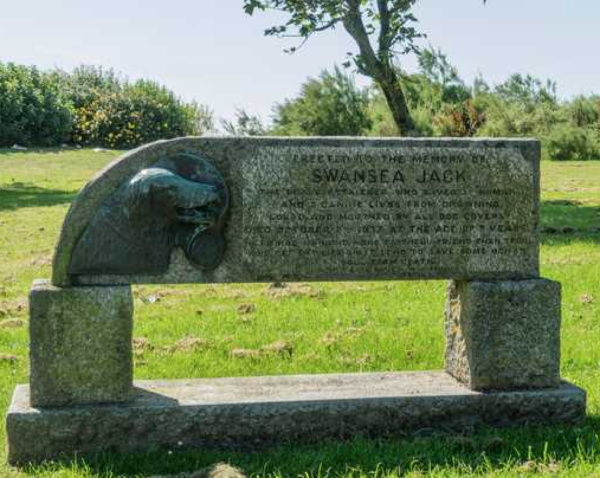 His publicly-funded memorial stands on the Promenade near St.Helen’s Rugby Ground. In 2000, Swansea Jack was named ‘Dog of the Century’ by NewFound Friends of Bristol which uses the skills of the Newfoundland Dog to raise money for childrens’ charities.