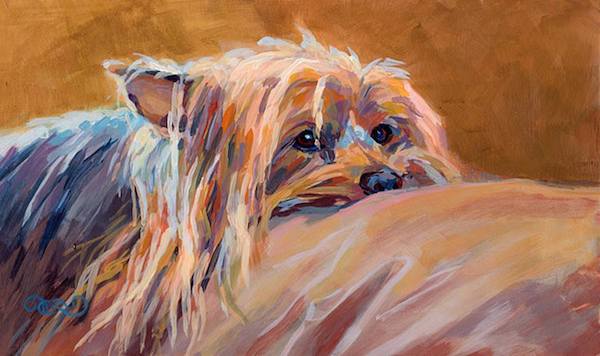 It’s the breed with a name that includes the word, “terrier,” even though it’s not a member of the AKC Terrier Group.

It’s not the Tibetan Terrier, though that answer is accurate, as well. We’re referring to the Silky Terrier, a member of the AKC’s toy group. The Silky (once known as the Sydney Silky) was the result of the mating between a Yorkshire Terrier and Australian Terrier.  A tenacious Tasmanian ratter known as the “Broken-coated Terrier” also shows up as a predecessor of the breed. If we put much stock in DNA breed tests, we’d also find that a few other breeds are present, including the Dandie Dinmont and the Cairn Terrier.

With so many terriers in the bloodline, one wonders why the breed, small as it is, isn’t in the terrier group. Perhaps one of our Silky friends can help us out here?

4 thoughts on “Terrier/Not a Terrier”