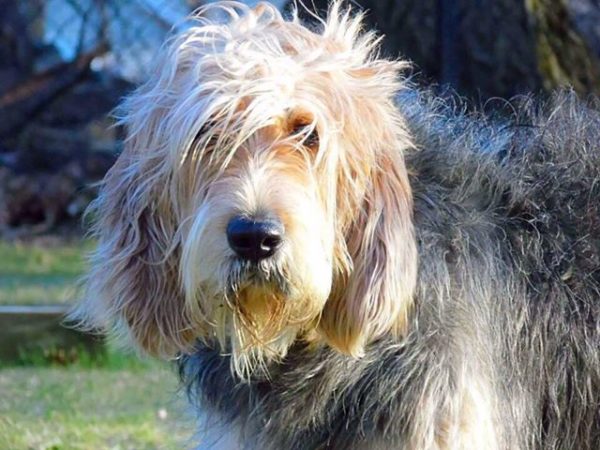 We’ve named the National Purebred Dog Day feature that has been introducing you to dogs who aren’t just lovely examples of their breed, but dogs of achievemen,  the, “Not Just Another Pretty Face” series.
To that end, meet AKC GCh Ch UKC Ch O’Heavens I Found a Lucky Crikwood Penny CGC, RATI, RATN, RATO, TKN, TKI,  or “Penny” to her friends and family. Penny, a four year old Otterhound, finished 2018 as the #1 Owner Handler Otterhound in the country. At the finals in Orlando, she won the owner handler breed, then made the cut in a highly competitive hound group. She has also won an Owner Handler Best in Show. 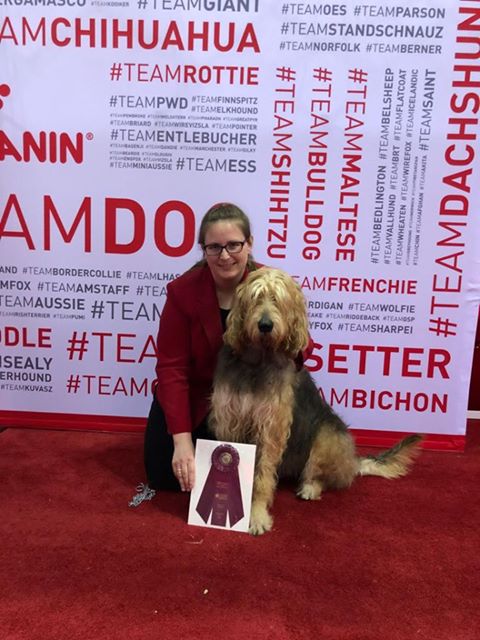 As you can see from her name, Penny is well balanced with titles at both ends of her name.  She has her Canine Good Citizen title, but also holds titles in barn hunt and trick dog. She has passed some UKC nose work prerequisites, done training for antler sheds, and with some training in dock diving under her collar, she and her owner, Katie Wright,  hope to compete in the pool in the near future. 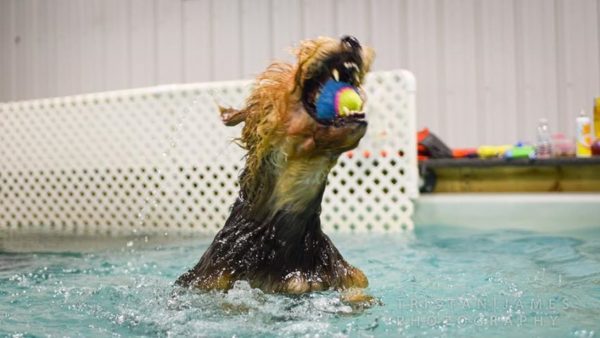 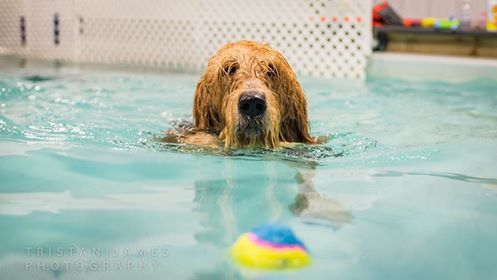 We expect to hear big things about Penny’s dock diving career in the future not just because she is an Otterhound,  but because while Otterhounds aren’t really known for their retrieving ability, Penny loves it, and she’ll swim to the middle of a lake to retrieve just to prove it! 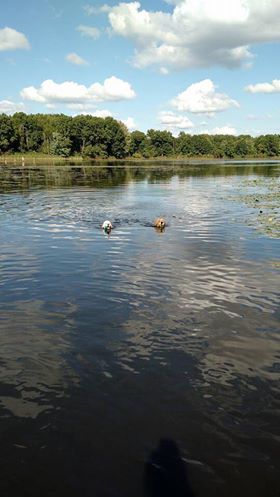 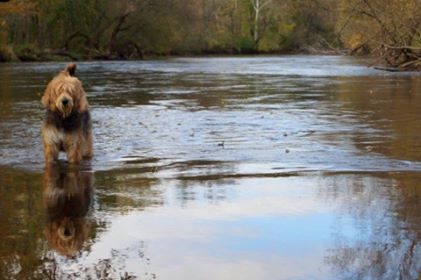 Penny is also a canine model for “The Best Dressed Airedale’s and Their Otterhounds,” a calendar Katie and her mom sell to fund raise for Canine Cancer, Airedale Rescue, and Otterhound Reproductive Bank, or the Health Fund. 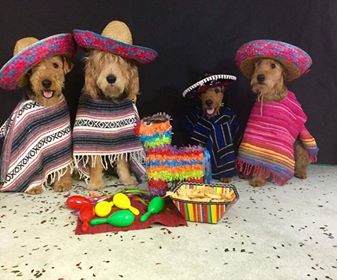 Through it all, Penny remains, in Katie’s words, “a giant goofball!”  Penny has learned to whisper on command, and oh, she can also skateboard!

We are particularly pleased to present Penny’s accomplishments because her breed is alarmingly at risk. With fewer than 800 Otterhounds in the world, the breeds needs all the attention it can get. Penny is proof that while the breed is no longer used to hunt otters, Otterhounds can be repurposed to do so much more.

To see the other dogs in this series, simply do a search on our site for “Not Just Another Pretty Face.” If you have a dog who is titled at both ends of his or her name, and she or he fits our “Not Just a Pretty Face” series, we want to hear from you. Send us a note along with your dog’s story and photos, and be sure to include your dog’s breed and who gets photo credit.