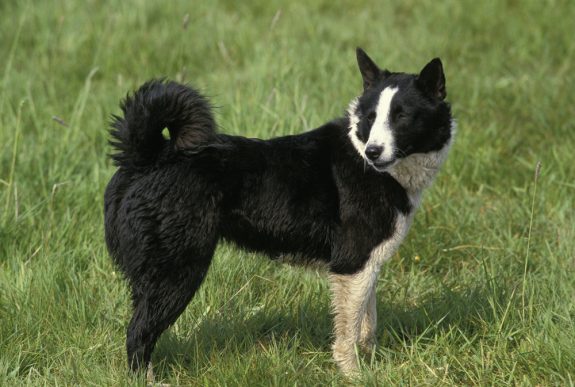 There are a lot of breeds we think of first when considering breeds that can be born with bobtails, or naturally short tails: The Australian Stumpy Tail Cattle Dog, Mudi, Schipperke, Brittany, Pembroke Welsh Corgi, Pyrenean Shepherd, Schipperke, Spanish Water Dog, Swedish Vallhund, Australian Shepherd, and the Polish Lowland Sheepdog – and maybe the Catahoula Leopard Dog.

With regards to the Catahoula, we say “maybe” because while the breed is part of the AKC Foundation Stock Service, there is currently no official breed standard according to the website. Several sources indicate that in this breed, bobtail can occur, but the National Association of Louisiana Catahoulas indicates that a bobtail is a serious fault, so for now, we’ll put the Catahoula aside.

There are other breeds that can be born with bobtails, or naturally short tails, and the perhaps only reason they don’t immediately to mind is that for most of us, they are uncommon breeds: Among them are the Croatian Sheepdog, Bourbonnais Pointer, Austrian Pinscher, Danish Swedish Farmdog, Berger De Savoie – and, the focus of the next paragraph, the Karelian Bear Dog.

NativeBreed.org writes that purebred Karelian Bear Dogs have tails that curve into a circle rather than a sickle, and other sites go so far as to say that a spitz tail that curls up over a Karelian’s back is a signature aspect of the breed. That said, the Karelian is also part of the AKC’s Foundation Stock Service, and its breed standard reads: TAIL: High set, of medium length, curved over the back, the tip of the tail touching the body on either side or on the back. A natural bobtail is permitted and is of equal value to a natural long tail. The United Kennel Club standard also permits a bobtail. This is at odds with a description of the breed from “Hunting Laikas” written by A. T. Voilochnikov and S. D. Voilochnikov, and translated by Vladimir Beregovoy. The authors concede that short tails are allowed in breed standard, but they are considered not desirable. They don’t explain why, but do mention that the number of puppies born without tail or abnormally short tails is 10-15%.