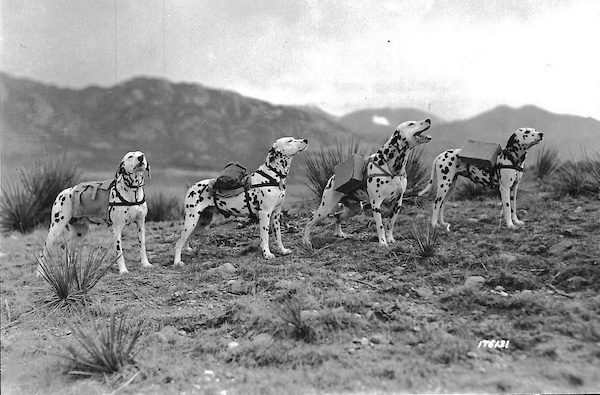 It all started in Macedonia.

The Young Turk Revolution of 1908 had brought into power a ministry that insisted on centralized control. The Young Turks introduced programs that, perhaps unwittingly, promoted Turkish nationalism. The problem is that Macedonians had their own national identity of which they were proud. Exacerbating the situation was that few concessions were made by the Young Turks in a country that contained many nationalities, and all of them were unhappy with the Young Turks. The unrest spilled over to Serbia, Bulgaria, and Greece, and that lead to the Balkan Wars.

A second Balkan War happened a year later. Bulgaria, which had defeated the Ottoman Empire in the first war, wasn’t happy with how things were divvied up after the First Balkan War, so it attacked Serbia and Greece. Things didn’t go so well: Bulgaria was defeated the second time around.

Some historians think that personal grudges and rivalries between the rulers of the Balkan countries and the Ottoman Empire were what really caused the wars, and that may be, but who started what and when was probably of little consequence to people who died – and to the people who would later die in “the war to end all wars” because the Balkan Wars had a part in causing World War 1.

Serbia, Bulgaria, and Greece had freed themselves from the control of the Ottoman Empire, but Austria-Hungary had a lot of Serbians within its borders, too, and if Serbia was to become independent, it could cause problems down the road, at least, that’s how the Austro-Hungarians saw it. So, when the Austrian Archduke Franz Ferdinand was killed by a Serbian nationalist in 1914, Austria-Hungary delivered an ultimatum to Serbia, and that set off the chain of events that started World War 1 the same year.

Why is a dog-centric site talking about the Balkans Wars?

Lt. Col. Richardson is known today for his development of the military dog concept. As a young man, Richardson read about the early use of dogs by ancient Greek and Roman military generals. He would go on to establish the British War Dog School in 1917 where dogs were trained principally to act as messengers and sentries close to the front line. By that time, Richardson had become Britain’s foremost authority on dog training; what really set him apart was his progressive attitude in how to train dogs using a reward-based training regiment that reinforced a dog’s good behavior, and tought trainers the importance of kindness and compassion.  Witnesses who saw messenger dogs in action so close to the front often asked what would compel a severely wounded dog to carry on, to complete his mission by delivering the message he was carrying. The answer Richardson gave them was simple. The dedication had to do with a dog’s affection for a master, the love of reward, and the trust built during training where a treat, toy and praise was in abundance. Richardson’s methods were the models for dog training today.

It’s interesting to note that on his own accord (and his own dime), Lt.Col. Richardson traveled to Montenegro in 1910 in the period leading up to the Balkan War expressly to see the potential use of dogs in a mountainside warfare. Carrying messages was one of the important uses of dogs because telegraph and phone lines were often cut by the enemy, and a dog’s size and speed made them more efficient than humans.  According to one source, it is believed Dalmatians were used as messenger dogs during the Balkan Wars of 1912 and 1913, and that it actually earned its name during that time. The source of the breed’s name is debatable, but we are keen to learn more about the Dalmatian as a messenger dog during the Balkan Wars. As yet, we’ve been unable to find additional sources substantiating the claim, and if any of our readers can help us out, it would be greatly appreciated!

Image: During the Second World War, the Dalmatian in the United States was one of four breeds used by the K-9 paramilitary corps. Along with representatives of other breeds, they successfully carried out guard duty, guarded military and civilian facilities, and served as patrol dogs. In 1943, the US 89th Infantry Division trained Dalmatians to deliver water, supplies, and essential medical supplies to the wounded. The image is of four Dalmatian war dogs of Capt. John R. Durigg at the US 89th Infantry Division in Camp Carson, Colorado.