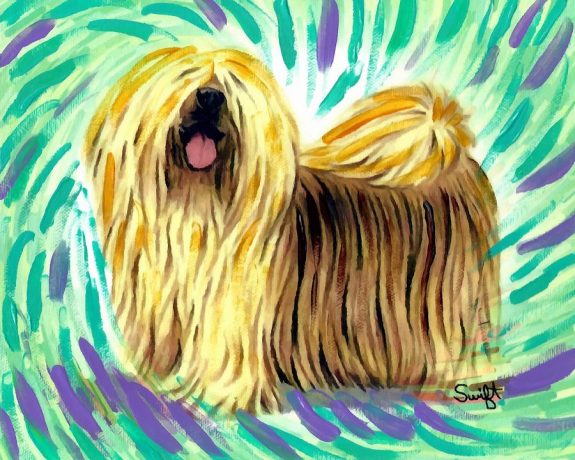 Once upon a time, there was an animal goddess named Sako. She had a white head. She could fly. She could glide. Oh, and she ate bones.  She built her nest carefully in the highest mountains of Tibet, and each year, she gave birth to two offspring. One had wings, and one didn’t. The baby without wings was a little Apso, but because it couldn’t fly, it would fall to its death.

After several years of this, Sako had had enough of the high mortality rate of her progeny and did something different. She put her newest (and only living) Apso baby on her back, and flew down to the ground where she gently and safely touched down. It was in this way that the first Lhasa Apso arrived in Tibet. 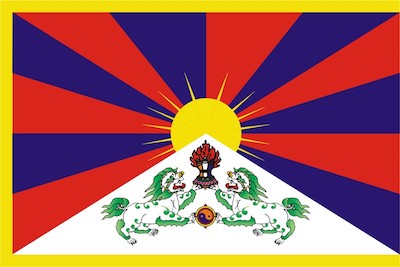 Buddha. A better known piece of Lhasa Apso folklore portrays Lord Buddha as the Snow Lion, a mythical beast inhabiting the eastern Himalayas. An old Tibetan adage says that if the snow-lion stays in the mountains, it is a snow-lion, but if it comes down to the valleys, it becomes a Lhasa Apso. As the living incarnation of the Snow Lion, the Lhasa Apso thus became the favored watchdog of Tibetan nobles, monks, and spiritual leaders, particularly near the sacred city of Lhasa. This legend is reflected in the breed’s Tibetan name, Apso Seng-kyi or “bearded lion dog.”

The Snow Lion remains Tibet’s national symbol and is depicted on its flag.