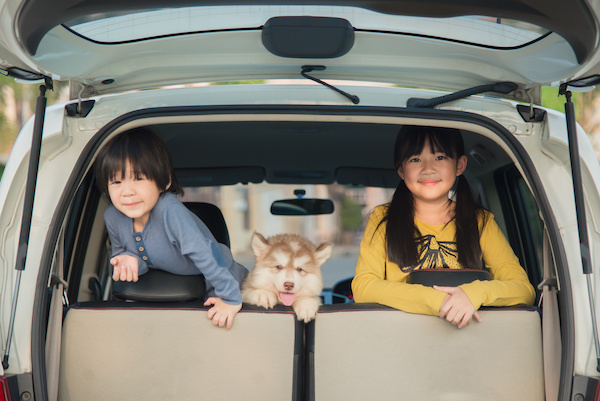 Of the cars named for dog breeds, only two merited the description of “versatile,” and the Hillman Husky was one of them.

The Husky, part of a line of British comprises passenger vehicles manufactured between 1954 and 1970 by the Rootes Group, was unveiled in 1954 as a small “estate car” (better known as a station wagon): Reliable, sensible, and loyal like the breed that inspired its name, this Husky was a three-door derivative of Hillman’s slightly-more-commonplace 4-door Minx, but it was not a hatchback, having instead a single side-hinged rear door. There were individual seats in front, and a bench seat in the back that could fold flat to increase the load capacity area.  Both the heater and radio were optional extras (hard to imagine that as a selling point today), and the car was available in any color as long as it was blue, grey, green or sand. 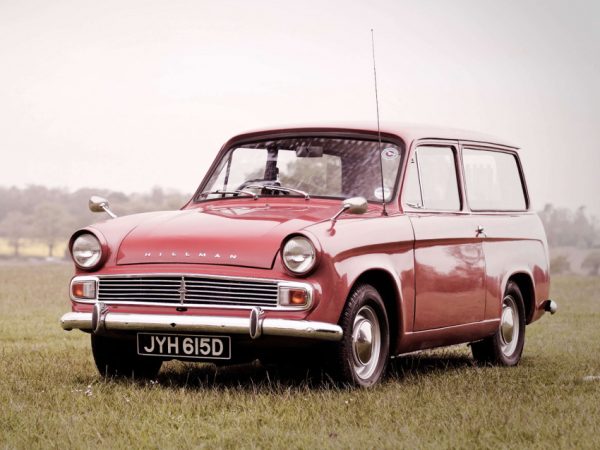 The Hillman Husky, photo from https://24htech.asia/eight

Some 42,000 of the Husky vehicles were sold until the model was replaced in 1958, but until that point, the Husky was an affordable workhorse version of the Minx that was particularly popular with farmers, dog breeders and small business owners. That said, it was short-lived and failed to have the same popularity as the earlier Minx-derived estates.

We’ve learned that quite a few of our readers are “gear heads,” so this next bit is for them.

The Husky was badge engineered, and 12-feet in overall length. It had a 1,265 cc (77.2 cu in) 35 bhp (26 kW) side-valve engine with single Zenith carburettor. In 1954, The Motor magazine tested a Husky and found it had a top speed of 65 mph, and could accelerate from 0-50 mph in 24.3 seconds. A fuel consumption of 33.4 miles per imperial gallon was recorded. Its rear-mounted Coventry-Climax-based 875cc OHC engine was slanted to create additional cargo space over the ‘regular’ Imp saloon which made the final Husky a surprisingly spacious estate car for its boxy compact external dimensions.

Two more versions of the original Husky were made, the “Series I” Husky in 1958, the Series II that came out in 1960 with a four-speed gearbox, slightly lowered roof, a deeper windscreen, and altered seats, and the final iteration of the Audax Hillman Husky, the Series III which debuted in 1963. Production of the Series III ended in 1965.

Photo of kids with a Husky pup is from Adobe Stock Photo, and the vehicle is not a Husky