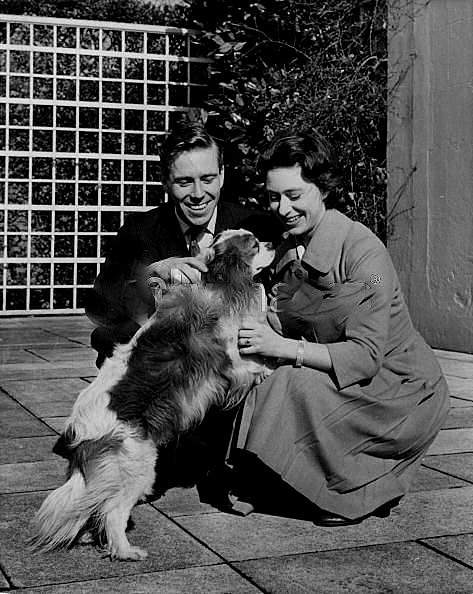 The Cavalier King Charles Spaniel has a well documented history of association with royals, but to our knowledge, the last member of the British Royal Family to own a Cavalier was Princess Margaret. As the story goes, Princess Margaret wanted something different than the Corgis so loved by her sister, Queen Elizabeth. She acquired a Sealyham terrier named, “Johnny,” but fell ill shortly after getting the dog, and “Johnny” was sent to live with the Queen Mother at Royal Lodge. Margaret eventually recovered, but the Queen Mother said that “Johnny” seemed perfectly at home with her, and that he should stay (read: I’ve fallen in love with your dog and I’d like to keep him). Margaret agreed, and her mother kept “Johnny.”  The next dog the Princess got was another Sealyham, this one named, “Pippin,” but she also added a Cavalier King Charles Spaniel named “Rolly.” With “Rolly,” she rekindled the association between royalty and King Charles Spaniels that had begun centuries before.

Image of Princess Margaret with The Earl of Snowdon and her Blenheim Cavalier, “Rowley”