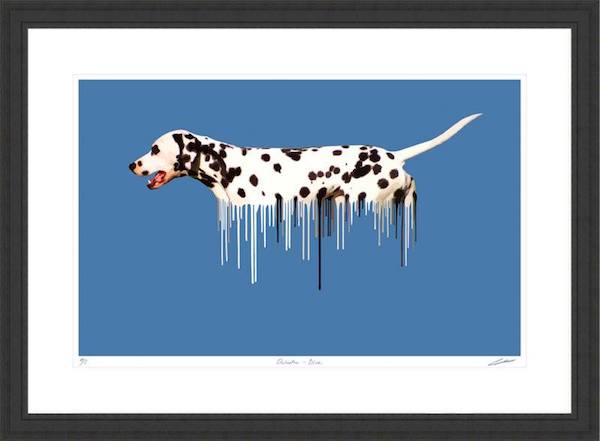 The breed was seen in Austria, but also in Asia. Lest we forget, ancient relics suggest he was also in Egypt, as well. But wait,  younger artifacts suggest a presence in the Middle East. Said tongue-in-cheek, we fully expect the day that astrogeophysicists find meteorites embedded with Dalmatian hair, and then we’ll know with certainty that Dalmatians really have been everywhere!

It would certainly quiet the debate about the origins of the breed since no one knows with certainty where that is. Some experts have placed his roots in Dalmatia (part of modern day Croatia). Back in the day, it was a province of Austria on the Eastern shore of the coast of Venice and gave the breed its name. Other writers, however, point out that Dalmatians were frequently found in bands of Romanies (Gypsies) who traveled everywhere, and may account for why the breed seems to have been everywhere. Location location location. If our breeds took on human professions, surely Dals would be realtors. Or astronauts.

We’ve noticed that people often forget how old the Dalmatian is as a breed. Cynologists have generally agreed that the earliest record of a dog seriously believed to have been a Dalmatian comes from around 1360 A.D. when a fresco painted in the Spanish Chapel of Santa Maria Novella in Florence, Italy depicted a dog similar to the modern Dalmatian. In truth, the breed may even be older if oral stories are to be believed. Croatian, Austrian, and Hungarian troops were said to have used the breed in battles against the Ottomans with whom there had been endless conflicts. Those Ottomans. What can you do.

Certainly definitive proof of its presence in the 17th century came from paintings created in the 1600’s, including Domenichino‘s ‘The Boy with Dalmatian,” but for those for think that 230 years is plenty old enough,  consider that one of the earliest Dalmatian breeders was President George Washington. He paid twelve shillings for a Dalmatian named “Madame Moose.” At the insistence (nagging?) of Martha, his wife, Washington imported a male “coach dog” from England the following year (1787) to breed with Madame Moose.  Washington wrote in his diary: “A new coach dog [arrived] for the benefit of Madame Moose; her amorous fits should therefore be attended to.”

Image: ‘Dalmatian” by Carl Moore, one of a series he calls “dripsters.” This piece, and others like it, is available for purchase here