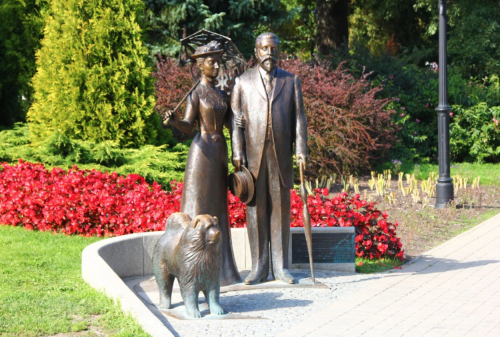 Scroll down a bit to see one of Europe’s most beautiful cities, Riga. The capital of Latvia is like a jewel, largely because it was designed by artists, not architects: 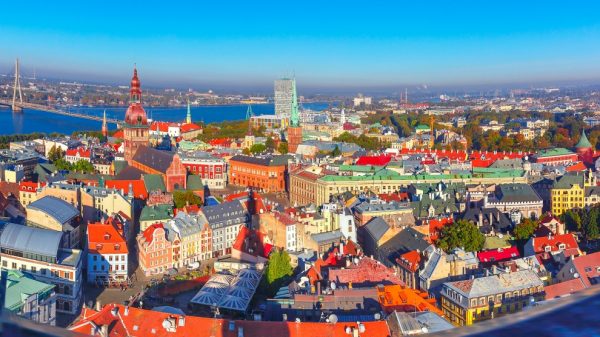 Filled with museums, World Heritage-listed architecture, and fantastically preserved Hanseatic architecture, Riga just might be one of the more underrated cities in the world, and those who are enchanted by the town should credit George Armitstead.

Born in Riga to a British merchant family in 1847, Armitstead attended Zurich and Oxford Universities and later worked as an engineer in Russia. After his time in Russia, however, he returned to Riga where his family owned many properties and factories. George became a significant social figure of the city life, and in 1901, he was elected to be the the fourth mayor of Riga.

He transformed the city.

During his tenure from 1901 to 1912, 600 Art Nouveau buildings were constructed in the city. The Riga Zoo was created, and the first electric tram line that replaced the old horse drawn tram was installed. Armitstead also had built thirteen schools, three hospitals, the National Museum, libraries and cafés. It followed that industry and commerce developed significantly.

In short, Armitstead turned Riga from a small city into a major and cosmopolitan European metropolis. When Emperor Nicholas II of Russia titled him a Laird of the Russian Empire along with an offer to become the Mayor of St Petersburg, Armitstead refused. George Armitstead’s heart was tied to Riga.

Sadly, Armitstead died in 1912, and his passing was mourned by the entire city. He is remembered today by two monuments within the city, and one of them was unveiled by Queen Elizabeth II and Philip, Duke of Edinburgh, during their first visit to Lavia in 2006 on what would have been Armitstead’s 160th birthday. Andris Vārpa, a Latvian sculptor, created the bronze that is situated in the gardens near the Latvian National Opera House, and it depicts Armitstead, his wife Cecilia Pychlau, and their Chow Chow.

A plaque on the short wall behind the statue bears the following inscription:

GEORGE ARMITSTEAD, MAYOR OF THE CITY OF RIGA (1901-1912)
WITH HIS SPOUSE CECILE PYCHLAU.
Unveiled by Her Majesty Queen Elizabeth II on October 18, 2006
Commissioned by Eugene Gomberg and Rodney Radcliffe