In 2000, an enormous cemetery was discovered in China near the city of Chongqing. It was an exciting find because, in part, it was dated to the Han Dynasty, over 2,225 years ago. In the tombs of nobles was found pottery and pottery shards, but also statues of dogs with red collars. Researchers believed that these statues represented the Chuandong Hound, and this excites us because there are living, breathing examples of these dogs living in China today.
Of the two breeds native to East Sichuan, China, the Chuandong Hound (pronounced Chan-dong) requires no a leap of imagination to see the similarities between it and and the statues found in that ancient cemetery. The fact that so many statues were found lead archeologists to believe that the breed was held in high esteem by the people of that time.

The Chuandong is a scent hound and was likely used in the mountains for hunting wild boars, badgers and rabbits, though the breed was also used by shepherds to keep flocks. Though it’s often confused with the Chongqing Dog, recent DNA tests show that while the Chongqing Dog has a strong percentage of Tibetan Mastiff and Chow Chow in its ancestry, the Chuandong Hound has a strong connection with the wild dingo. It was going to need that feral DNA to survive.

After the establishment of the People’s Republic of China in 1949, dogs were essentially eliminated as they were considered a sign of capitalism, and the farmers who kept them to hunt had to pay exorbitant taxes. Owning a pet was allowed again the 1980s, but the breed was near extinction. All dogs suffered another setback when an outbreak of SARS between 2002 to 2004 saw many dogs killed by the Chinese government in an attempt to stop the spread of the disease. For obvious reasons, the breed is still considered breed rare outside of China, but it is in the process of FCI recognition in group six. 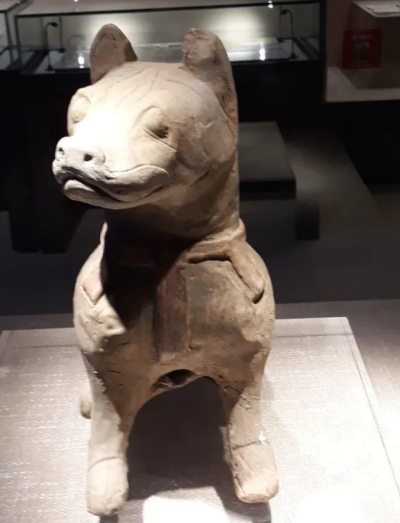 In 2016 the China Kennel Union formed the “Chinese Native Breed Conservation Club” headed up by Franki Leung. Working with breed enthusiasts, Leung urged that the Chongqing Dog and Chuandong Hound be considered two different breeds because there were obvious differences between the two. The “city type” dog (a pet for urban areas) retained the name, “Chongqing Dog,” while the hunting type was named the “Chuandong Hound,” Chuandong being Chinese for East Sichuan, the area surrounding Chongqing City where the hounds are still highly prized as hunting dogs.
For our part, we find this to be a remarkably handsome breed distinguished by a unique and exceptional copper red color, complete with nuanced shading.  Despite its fierce appearance, the Chuandong is said to be very fond of children, and forms  deep attachments to their owner. Sadly, since the introduction of the breed in Europe, unscrupulous breeders have started to fill the market with hybrid dogs, so it pays to be vigilant and do one’s research before contacting breeders.