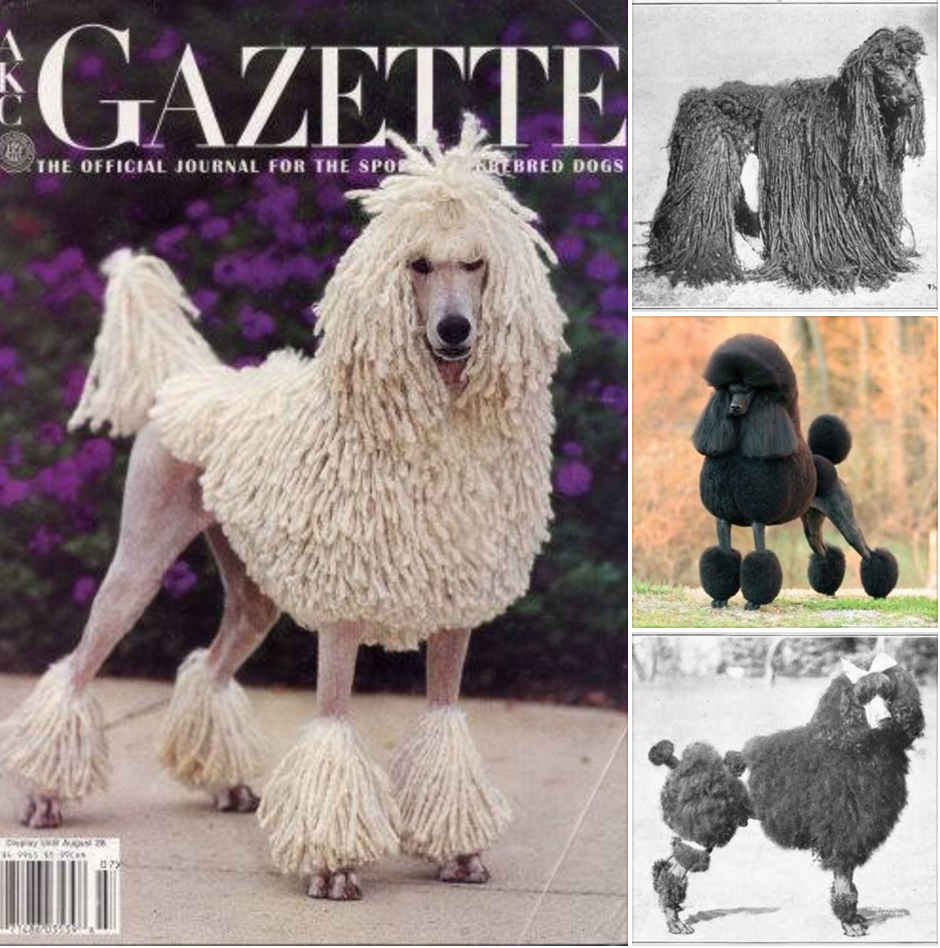 All breeds see changes in grooming trends over the years, and one of the more fascinating evolutions of grooming is to be seen in the Poodle.  “Carly,” the white corded Poodle seen on the July, 2000 cover of the Gazette, is a world apart from her counterpart from “back in the day,” a dog named CH Achilles who was the first Poodle champion in the UK (and lest you brushed Poodle fans get too comfy, check out the photo of a brushed Poodle from that era!)

The exquisite black Poodle in the color photograph is “London,” the top winning black male Poodle (all varieties) in American Kennel Club history, while the white corded Poodle, “Carley,” was also known as Ch. Somerset Sweet Success who was owned by Charla Gordon and shown by Dennis McCoy.