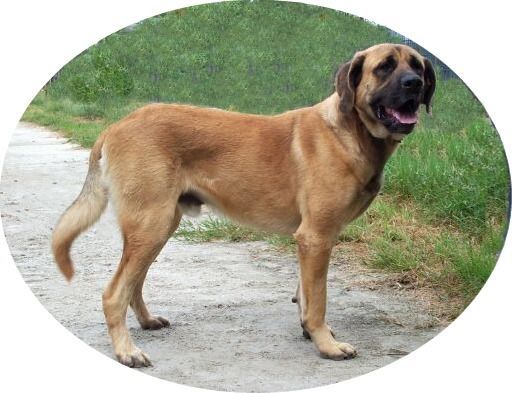 Given that in the year 1900, Belgium had more than 150,000 draft dogs (this, according to Guillaume de Lavigne), it’s not surprising that the country was considered the country of draft dogs. It wasn’t unusual to see streets in Brussels dotted with carts to which were harnessed large dogs –  sometimes one or two dogs, but sometimes as many as five –  hauling the goods of bakers and poultrymen, laundresses and dairymen, and sometimes just firewood belonging to the dogs’ owner. While Garde de Ville inspectors were on hand to inspect the dogs for injuries or chafing from the harness, by 1899, Belgians had formed a club for the purpose of the improvement and protection of the draft dog. The organization had been spearheaded by a titled father and his son, and assisted by a professor of zootechnics at the veterinary school, a Dr. Reul.

Over time, standards were written to which draft dogs had to adhere to deserve the title of “Belgian Mastiff,” and with the popularity of dog shows and competitions growing, a studbook was created. These different events gave rise to the breed developed by Belgians that would keep the name, Belgian Mastiff, a large but calm dog that was recruited during both world wars to serve as war dogs.

Some dogs came back, many more did not. It was almost a moot point for Belgian law to forbid the use of draft dogs in 1975 because there were scarcely any dogs left. The breed was removed from the list of recognized breeds by the FCI when it was considered to be extinct.

Some people, however, never forgot and never gave up.

In 2006, enthusiastic Belgians sought to restore the breed and created De delgische mastiffs, an organization that submitted a standard of the breed to the Société Royale Saint-Hubert  – the Belgian Kennel Club –  in 2010. The club accepted the standard and gave the breed the official status as a “recognized reconstructed Belgian breed.”

We learned that just this past November, 2019, a Belgian Mastiff bitch named “Oda” gave birth to 11 puppies, a fine start to resurrecting the breed.