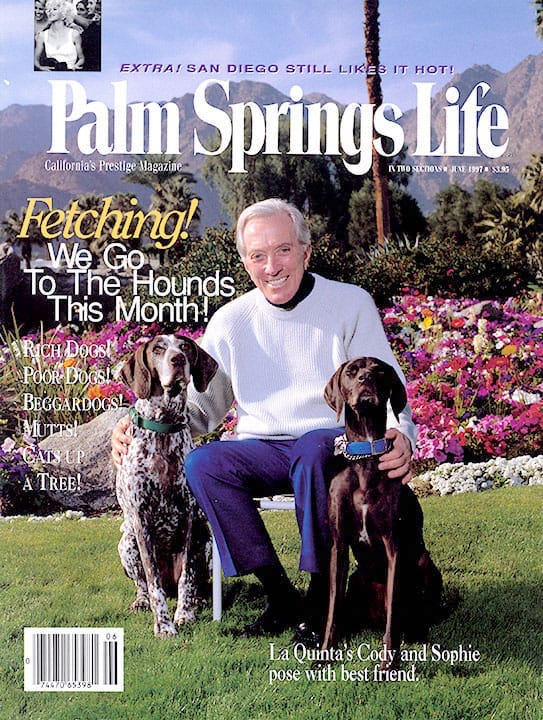 There are those vocalists whose voices are so unique that simply to hear their name sparks an audio memory in our heads.  It’s not simply how they sing, but the timbre of their voices.

He sold more than 100 million albums in a career that spanned eight decades, but he also introduced America to new talent such as Michael Jackson, then part of the Jackson Five, and the Osmond Brothers. He choked back tears to sing at Bobbie Kennedy’s funeral, won three Emmy awards, was nominated for six Grammy Awards, and has a star on the Hollywood Walk of Fame. A younger generation dismissed him as the squeaky-clean host of television variety shows and Christmas specials, but still, that voice….

He was also a dog man. 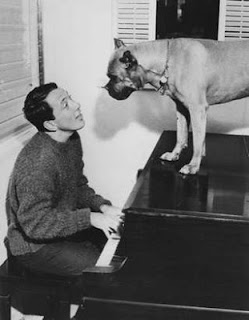 Back in 1963, Williams bought Cadence Records, the label that was home to the Everly Brothers, Johnny Tillotson, and the Chordettes of “Mr. Sandman” fame. He folded the holdings into his newly named Barnaby Records, named for his dog, “Mr. Barnaby.” Barnaby Records released new material by the likes of Paul Anka, Ray Stevens, and an unknown singer named Jimmy Buffett.

Later, Williams would become smitten with German Shorthair Pointers, two of whom ( “Cody” and “Sophie”)  appeared with him on the cover of Palm Springs Life. His dogs also inspired him to create a line of holiday dog sweaters for McCall’s Needlwork, a self-deprecating jab at his own reputation for wearing sweaters.

Andy Williams died in 2012 after a year-long battle with bladder cancer.