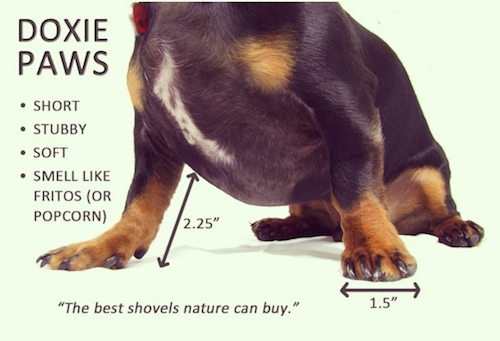 The trouble with a cute meme is that it gets passed around so much that along the line, the name of the original author or creator is lost. Such is the case with the meme seen here. We’d really like to give proper credit to whomever deserves it, and if you know who that is, we’d like to hear from you because it’s a wonderful segue into the topic of this post: Dachshund feet.

They are all those things because this is a digging breed, and as the meme says, “they are the best shovels nature can buy,” as long as those feet are correct.

The feet may hint at a a slight outward angle, because, as “old timers” used to say, the angle helps a Dachshund throw dirt to the sides because there’s no room for it in the tunnel the dog is digging. The rear feet are smaller than the front paws.

Back in the day, a profuse growth of hair on the feet particularly on longhaired Dachshunds used to be called “fins” (no, not this kind), but the term hasn’t been used in years and we only came across it in an old canine dictionary.

For anyone who doesn’t already know this, the mild Frito Corn Chip smell on a dog’s feet is caused by bacteria – particularly the bacteria Proteus or Pseudomonas. It’s completely natural,  though if it’s overpowering, the dog might need to see a veterinarian. 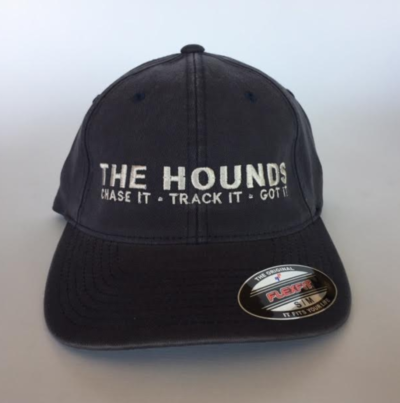 Dachshund (and all hound owners), show your “hound pride” with NPDD’s popular Embroidered Flexfit® Stone Washed Twill baseball cap.  The tag line – The Hounds: Chase it • Track it • Got it – says it all.