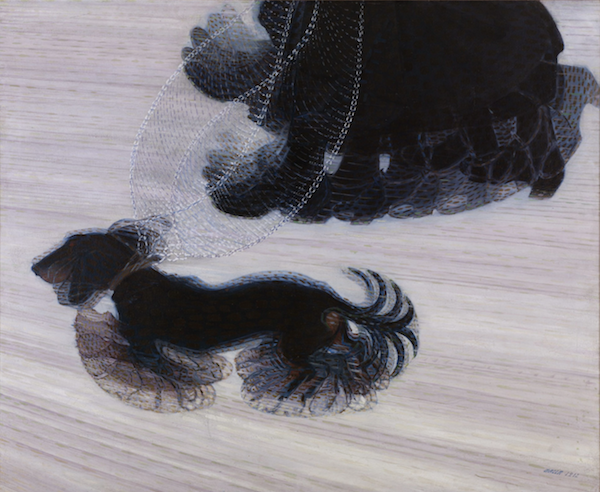 The Victorian era was known for a lot of things, not the least of which was the spectacular growth of the dog fancy. Probably for the first time, carefully maintained pedigrees and records were kept on purebred dogs, but critics would charge that during this time, people were now breeding and showing dogs for how they looked, not how they worked. A topic for another time.

The period from 1837 to 1901 is regarded as an era of knowledge when the spread of education encouraged innovation, experimentation and scientific ideas in arenas such as communication, transportation, and photography; Of the latter, one of the most useful advancements was time-lapse photography known as chronophotography. This technique captured a progression of movements, and unlike the motion studies of Eadweard Muybridge who depicted movement as a series of discrete moments on separate, sequential negatives, chronophotography was multiple exposures on a single photographic plate.

Both techniques taught scientists to see photos as data, and the far reaching impact of chronophotography can’t be understated. It established principles that laid the foundation for modern industrial production (and motion pictures!). It also helped us understand movement in animals.

A little over ten years after the end of the Victorian era, an artist named Giacomo Balla fused art and science by painting Dynamism of a Dog on a Leash. As a member of the Italian Futurists movement, Balla was obsessed with speed, perhaps even smitten with the notion of increasing speed and industrialization of the modern world. From an artistic standpoint, the painting was as mind blowing to the public as impressionism was to a 19th-century public. Surely, the public hissed, snow is white, not blue, the color used to depict snow in shadow by several impressionists. In fact, snow in shadow can appear blue.

Dynamism of a Dog on a Leash revealed an almost frame-by-frame view of a woman walking a dog down a street. It illustrated the principle of simultaneity, namely, showing the many aspects of a moving object all at the same time.

It didn’t go over well at the time. The public was slow to accept that movement can be a blur of limbs.  One fellow artist wrote “Balla takes himself and his dog so seriously, so studiedly, that it is doubtful that any pleasure has ever come out of it anywhere; certainly no movement has.” Art critic Henry Hope called it “a cliché of modern art.”

They weren’t looking very carefully at the technique. The feet of the figure and dog are fanned out in varying transparencies, the more transparent strokes looking like a number of different drawings layered on top of each other. Dark and finely detailed sections gives the piece a sketch like appearance, while also alluding to the limited view as seen by the dog. It’s a remarkable painting, and 100 years later, another art critic, Robert C. Morgan, would describe the piece as “probably the most elegant and accurate works ever painted in the Futurist tradition.”

The subject? A Dachshund.

You can read what Tom Luccock wrote in 2011 about the painting in the Independent here. The original hangs at the Albright-Knox Art Gallery in Buffalo, NY. Because the painting was published before January 1, 1923, it is in the public domain.