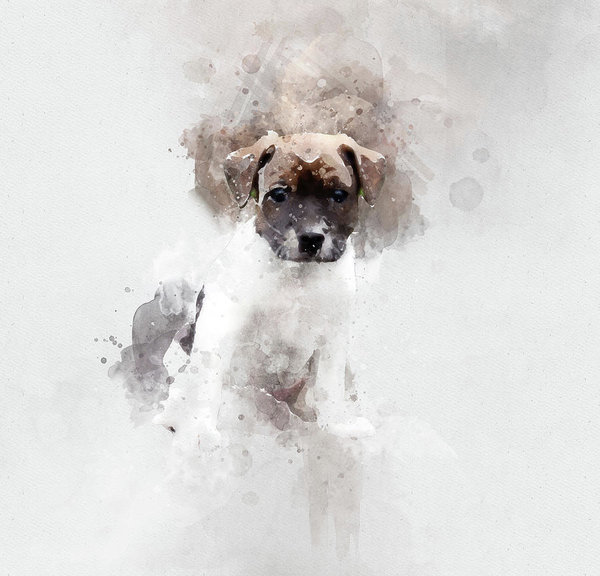 Scania or Skaane, located in the southernmost province in Sweden, is best known for rich agricultural fields, an old history, fabulously long beaches, and a remarkable local accent. Interestingly (given its location), it is also known for its Danish heritage.

The two countries, while having distinctly different cultures, did share a little dog we know today as the Danish-Swedish Farmdog, but at one time, the breed was originally known as the “Skrabba,” Scanian Ratdog, or Scanian Terrier (though it is not a terrier), names the Swedish Kennel Club asserts came from the place the breed is believed to have originated; Skaane, the region in southern Sweden.

Still, the versatile dogs were found on farms of both eastern Denmark and southern Sweden in regions separated by the Kattegat strait. When both countries formally recognized the breed, they also agreed on the name of the breed – Danish-Swedish Farmdog – and on a breed standard written by judge and breeder, Lars Adeheimer of Denmark, and judge Ole Staunskjaer of Denmark. Indeed, the Farmdog was saved from extinction by the joint effort of both the Danish and the Swedish Kennel Clubs in 1987 proving that when it matters, dog people can united for the common good of a breed. That said, more cynical types would suggest that it was “Matador,” a Danish TV series in the late 1970’s and early 1980’s featuring a Danish Swedish Farmdog as a companion of one of the characters that actually saved the breed by cultivating interest in it.

The first official FCI standard was accepted in 2009, and two years later, the Danish Swedish Farmdog was accepted as an AKC Foundation Stock Service breed. To this day, however, the breed is still erroneously referred to as the “Danish Chicken Dog” because of an error in Bruce Fogle’s Encyclopedia of the Dog. The English version of the book, in fact, mixed up the Old Danish Chicken Dog, the Old Danish Pointer, and the Danish Swedish Farmdog. Unfortunately, some cites have repeated the error.

2 thoughts on “The Danish Swedish Farmdog: When Kennel Clubs Can Agree”