National Purebred Dog Day’s first mandate is to celebrate the purebred dog, and explaining why these dogs are worth celebrating involves education. To that end, we cover a wide variety of topics that range from snippets of breed history and breed standards, to popular culture, art, and notable owners.  Another aspect we cover are the terms that one may come across while reading about a breed. To that end, this post is about the “DDR German Shepherd.”

The DDR GSD isn’t a different breed, but a line of German Shepherds that was developed in the Deutsche Demokratische 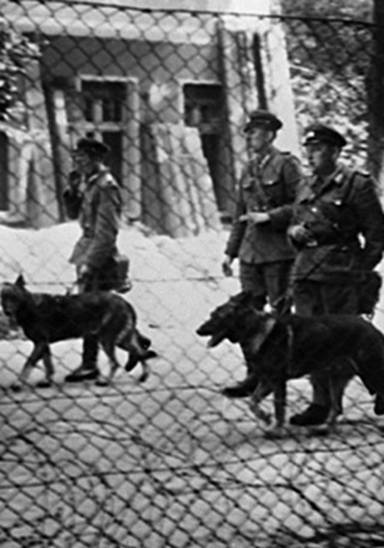 Republik or “DDR” between 1949 and 1990. Also known as East German Shepherds today, these were dogs shaped by a World War.

In 1945, Germany’s political and economic infrastructure essentially collapsed, and the country became divided. The Soviet zone became the German Democratic Republic (or Deutsches Demokratische Republik), more commonly known as East Germany. The country was virtually cut off from any outside contact, and the government made all decisions in virtually every regard.  This including the strict regulation of breeding kennels.

German Shepherd pedigrees were strictly controlled, largely because the government saw the newly coined “DDR German Shepherd” as a military dog. Whether new standards made sense to anyone or not, for 40 years, only dogs that adhered to strict guidelines were bred. These were lean, powerful, athletic, and tough dogs with deep chests, massive heads, heavy bones, a dark coat, and long straight backs. They weren’t as angulated as West German show dogs, but they could climb, track, and withstand extreme physical conditions. They were intimidating and highly intelligent. DDR’s worked as Border Police and guarded the East German border that was 850 miles long, in addition to the Berlin Wall. Their main duty was to track and attack deserters. In essence, the dogs were military equipment.

Between the Berlin Wall that ensured no outside influence, and rigid government standards, DDR German Shepherds developed a look distinctly different from traditional GSD lines. A separate breed registry was instituted, and working dogs were rated by the Wertmessziffer system, or a “measured value number” system. The 6-digit rating system was seen as a comprehensive and reliable way to evaluate a dog. 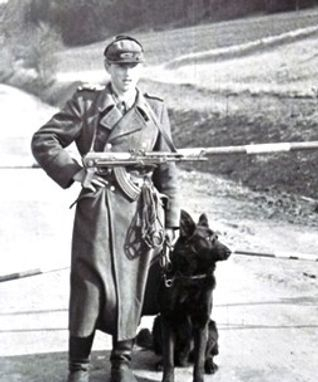 When Hungary removed its border defences with Austria in 1989, it began a series of events that ultimately led to the fall of the Berlin Wall.  Germany began steps to becoming a unified nation, and in 1990, the East German military also began dismantling the Wall.  Many German citizens saw the dogs that had once patrolled their freedom as a symbol of repression,  and kennels were disbanded with alarming speed.  Some of the DDR border patrol German Shepherd Dogs were sold, some abandoned, and some put down, but some were imported from East Germany at a brisk rate. We came across one rumor that most of the very best dogs in the DDR didn’t, in fact, go to the East German Military, but to friends and families of the breeders, and given human nature, we find this believable. It’s also why even though DDR border patrol German Shepherd Dogs no longer exist,  we came across breeders working to preserve DDR dogs, possibly with successors of the original dogs that were placed with friends, or exported out of the country with the fall of the Wall.

6 thoughts on “The “DDR German Shepherd””