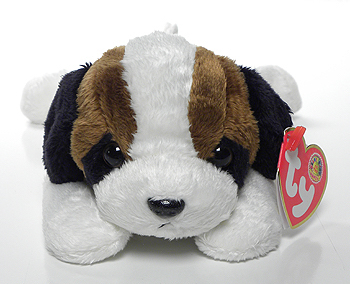 In 2016, three times as many of these were sold as there were actual dogs in the United States.  They came in many breeds, and at “adulthood,” none of which weighed more than a pound.

Rest easy, the only pulse these dogs had were found in the little bodies that loved them. They were Pound Puppies.

Pound Puppies were conceived (bad pun, sorry) on a Ford automobile assembly line in Cincinnati, Ohio by Mike Bowling. During the 1983 holiday season, he’d bought his little girl a handcrafted doll that she took everywhere. She fussed over it like it was an infant sister, and Bowling noticed.  It got to where all he could think about was producing a toy that could be cranked out the way cars were off an assembly line. Despite a complete lack of experience, Mike parlayed his idea into a brand that would gross hundreds of millions of dollars in sales and make TIME magazine’s list of the World’s top 100 toys. In 1985 alone, over 2.5 million of these “puppies” were sold. Mental Floss had a wonderful review of the inner details of this story that can be found here.

By our reckoning, there were many PP purebred dogs, and by 2011, Bowling sold his Pound Puppies IP to Hasbro (neither will say for how much). In 2016, Mike estimated that over 200 million Pound Puppies (!)  had been sold—nearly three times as many as there are actual dogs in the United States.