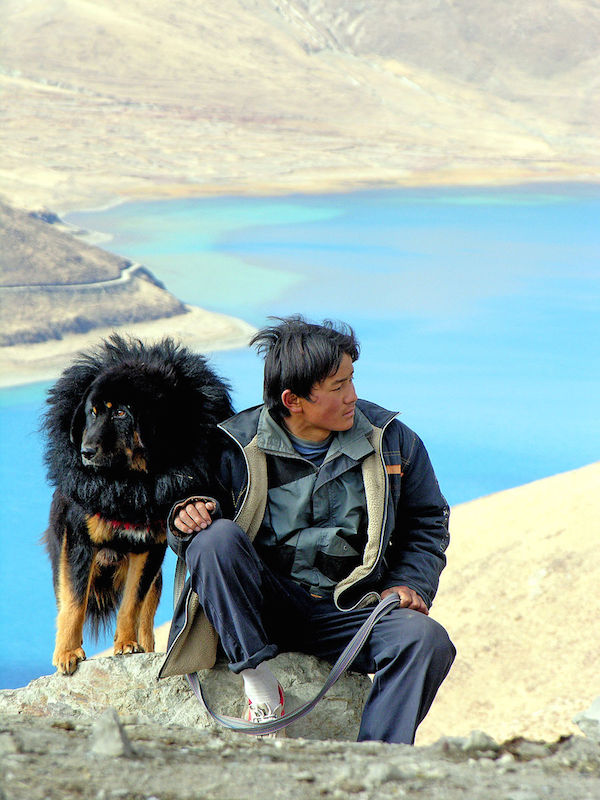 One of the most ancient Tibetan myths is the legend of Shambala. This lost valley is hidden somewhere in the Himalayas in the remotest part of Tibet surrounded by a ring of impossibly beautiful mountain peaks. In Hilton’s 1933 novel, Lost Horizon, Shambala was renamed Shangri-La, but little else changed in the story of a paradise cut off from the rest of the world.

With a bit more evidence, we share a picture of the largest of the Indian breeds, the Himalayan Mastiff, the equally iconic guardian dog of a landscape so beautiful as to be mythical in proportions. We know the breed as the Tibetan Mastiff,  but others also know it as Do-Khyi and Tsang-khyi. This impressive dog is known for its strength and courage to stand up to predators, and legend tells us that the dogs were used to terrify horses of the enemy when fighting alongside Attila the Hun and Genghis Khan.

It was the Brits who brought news of the breed to the outside world following their invasion of Tibet in 1903, and more specifically, an article written by the Reverend H.W. Bush for The Kennel Encycloaedia. We wonder if the good reverend was aware of the “spiritual calling” he shared with the mastiff as he wrote about the breed. Native villagers refer to the tawny colored patches over each eye of the dog as “eyes of darkness,” and believe that dogs with these markings can spot the devil.

Photo of a man with his Mastiff on Gonggar Mountain in Tibet by Dennis Jarvis from Halifax, Canada and shared under the Creative Commons Attribution-Share Alike 2.0 Generic license.

3 thoughts on “The Dog Who Can Spot the Devil”