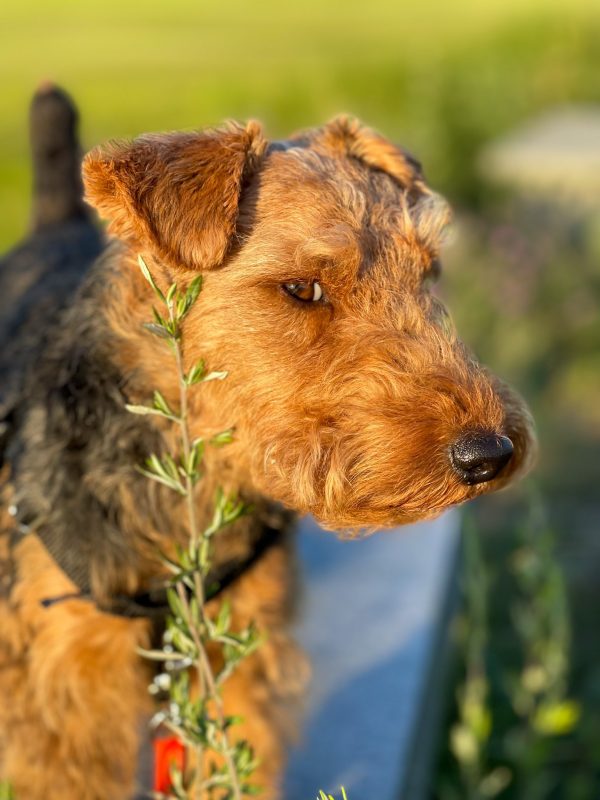 Some of us who have had our breeds for a while can take for granted a trait we assume other breeds share.

These delightful dogs have what is known in Welshie parlance as the trademark “Stink Eye,” a look leveled at whatever (or whomever) is displeasing them.

Okay, we totally made that part up, but when it comes to a dirty look, no one has does it better than a Welshie. 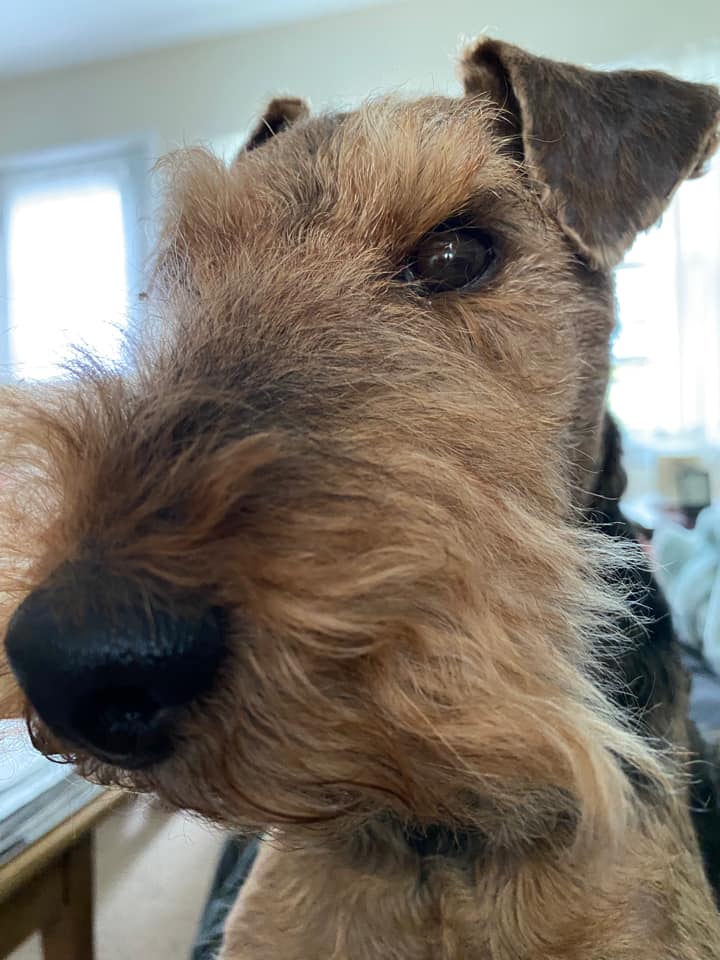 Photo of ” Maeve” by Claire Gallagher

The “stink eye” is such a part of the breed that Welsh Terrier Rescue (WTCARES) holds an annual fundraiser called the Stink Eye Walk and Social.

To understand why we think this event is important, readers should know that the Welsh Terrier appears on the “at watch” list created by The Kennel Club in the UK (their version of the AKC).  The “at watch” list is not a good place for a breed to appear because unless registration numbers improve in that country,  the next stop is the Vulnerable Breeds list which indicates breeds of British and Irish origin at risk of disappearing.

A breed can’t be preserved if people don’t know it is in trouble, and education is key. What better way to reach the public than a three day event that transforms a city into “Welsh Terrier central?”

We can’t do better in providing more information about the Stink Eye Walk and Social than to share the formal announcement: 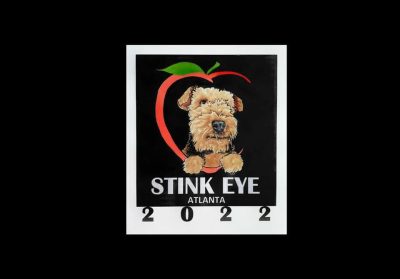 The Welsh Terriers are coming to Marietta!!

On October 27, 2022, Welsh Terrier fans, owners, and terriers will gather in Marietta for the weekend-long annual east coast charity fundraiser for WTCARES, welsh terrier rescue. The event, known as “The Stinkeye,” is a time for fun, frivolity, social networking, and education for the terriers and their hoomans.

The event happens on the east coast of the U.S. every year – and this is the first time it’s being held in Georgia. We are excited to showcase our city to those who come from all over the USA, Canada, Wales, England and Australia!! The event is being held at the Atlanta/Marietta Hotel and Conference Center from Thursday through Sunday. There will be games, a costume contest, a Fall Festival, pictures with Santa, and trivia. Meals are included, if you purchase a ticket through EventBrite.

Every year, there is a customary Stinkeye Walk, and this year it will take place around the Marietta Square on Friday, October 28, 2022 from approximately 11:30 a.m. – 1:30 p.m. If you want to meet some fun-loving terriers, come out to the Square and give them a look. Welsh terriers range from about 15-30 lbs., are spirited, intelligent, energetic and friendly dogs. If you want more information, go to the Stinkeye 2022 Facebook page or WTCARES to learn more.

A Welsh Terrier group in Wales is planning  a UK Stinkeye charity event in Wales in April 2023. You can learn more about this “happening” by visiting its Facebook page.

What a fun way to unite the owners of a rare breed while promoting it to the general public. A few cities do a scaled down version, i.e., an afternoon walk in Chicago, but it is still putting the breed in front of the public.

So is the group’s on-line auction happening from September 15 – 25, 2022.  But wait, there’s more! There is also a Welsh Terrier Secret Santa Present Exchange every year with its FB page. Other rare/uncommon breed groups can be inspired by what the Welshie folks are doing!

If you want to learn more about any of these events, or would like to contribute to the auction, drop an email to lch1985unc@yahoo.com with “WT” in the subject line.

Image: Photo of “Boca” appears with the kind consent of @capecodwelshie