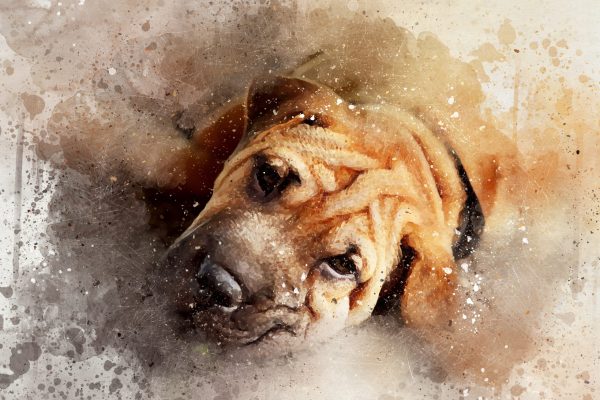 We take a circuitous route to our subject by pointing out that color is about the last thing that enters into the mind of a heritage breeder unless it impacts soundness, temperament, and type. Science is suggesting that in some breeds, it can.

A study published in 2018 in the journal Canine Genetics and Epidemiology by researchers at the University of Sydney in Sydney, Australia found that chocolate-colored Labrador Retrievers don’t live as long as black or yellow Labs (the average lifespan of black and yellow Labs was 12.1 years, but for chocolate Labs, it was 10.7, a difference of more than 10%). They also found that chocolate Labs are more prone to ear infections and skin diseases. We have no doubt that through additional research and careful breeding, this can remedied, but until then, the knowledge is an arrow in the quiver of preservation breeders.

Such science, of course, didn’t exist in the late 19th century, and Dowager Empress Cixi dodged a bullet.

The Dowager was one of the most powerful women in the history of China and a Pekingese breeder. Among the set of rules she created was that Pekingese should come in many colors so that there would be a dog to suit every garment in the royal wardrobe (she also added that the dog should have fastidious eating habits, and hairy feet to allow it to walk silently). Given that today’s Pekingese’s AKC breed standard allows all coat colors and markings, we say that the Dowager  (and the breed, truth be told) “dodged a bullet” because she didn’t habitually breed a color linked to health issues just so that it matched her robe.

Finally, we get to the “Five Point” Red, specifically in the Chinese Shar-Pei.

In China, the color red is associated with longevity and prosperity, and such dogs are called “five-point red” because their nose, tongue, paws, anus, and the area around their eyes are reddish in color, while the base coat is a deep red fawn. Regardless of whether the dog is bone mouthed or meat mouthed, a red coat with liver red pigmentation around those areas was strongly preferred among Chinese. The AKC Shar-Pei standard calls for sable and solid colors (including red) in the coat, and for the tongue, roof of mouth, gums and flews to be solid bluish-black in all coat colors except in dilute colors (which have a solid lavender pigmentation).  Interestingly, the thinking among some older Chinese was that a blue tongue was “poisonous,” and a “red” tongue preferred because it indicated good health. In some circles, however, the thinking about Five Points was quite different. A “five-point red” Shar-Pei was regarded as inferior in pit fighting ability by dog fighting people, and therefore, these dogs tended not to be included in breeding programs,  popping up only in rare occasions of mutation.