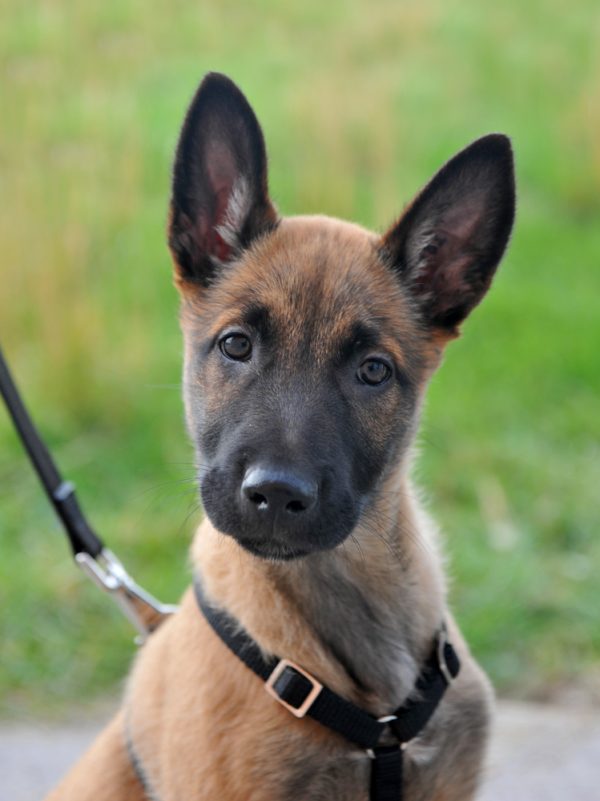 After watching the video clip below, it’s hard to believe the Belgian Malinois was bred to be a sheepdog, and not, say, Super Dog of the Cosmos:

For obvious reasons, this versatile breed became a favorite among police and military forces around the world, but it has also worked to save other species.

When poachers killed some thirty tigers in Central India in 2016 (often out of quackery and superstition, but also to meet demand for tiger body parts used in tantric rituals), four Belgian Malinois trained in America were brought in by the United States Navy Seals to hunt down the poachers. The miscreants were tracked down and put into custody. The success lead to the Police Dog Training Centre of the 23rd Battalion of Special Armed Forces in the outskirts of Bhopal to train its on  Belgian Malinois, dogs trained to sniff out tiger and leopard skins and bones, and to track the poachers responsible.

And then there was “Diego,” the “triple role” anti-poaching dog for the Ol Pejeta Conservancy in Kenya, a critical sanctuary for endangered rhinos in Africa (and the home of the last male northern white rhino). Triple role means a dog can track, search and apprehend if required; the video below shows Diego scaling cliffs, leaping over fallen trees, and splashing across rivers –  just your basic Super Dog of the Cosmos at work.

Sadly, Diego passed a few years ago from progressive bone cancer and liver failure. In 2019, Arms/Ammunition detection dog, “Drum,” a ten-month-old Springer Spaniel was added to the group in the prevention of wildlife crime. You can meet Drum here., The most recent triple role dog is, “Rekari,” a Dutch Shepherd, deployed in February, 2021.

Many anti-poaching dogs are trained by ASA, or Animal Saving Animals, and most of the organization’s recruits are individually selected Belgian Malinois puppies. The group gifts these trained dogs to conservancies and National parks in need of Anti-Poaching assistance through the sponsorship of wildlife organizations. Each pup is housed and trained in the U.K for a year until their Stage I training is complete, and then they advance on to Stage II tracker and operational training.

Kara, a pure-bred Belgian Malinois and one of the most lauded anti-poaching dogs in Kruger National Park history, has now retired from active service and is spending her days, post-working life, in happy and well-deserved repose at Singita Kruger National Park.

Malinois are prized working dogs – more nimble and lighter than their German Shepard relations, intelligent, fiercely loyal and a showing of obvious athleticism. Even in Kara’s retirement years, she has grace, power and something undeniably impressive about her proud bearing.

Kara has spent more than ten years in wildlife protection services. The K9 anti-poaching units in Kruger National Park have been praised as a game-changer when it comes to combating rhino poaching since they were introduced to the park, with an arrest success rate of more than 80%. Kara has been involved in the detection, tracking and capture of over 120 groups of poachers- about 400 to 500 individual poachers. She has saved the lives of countless at-risk species. Kara is a firearm and ballistic sniffing specialist, but can also track humans and their illegal contraband such as ivory and horn. Anti-poaching dogs such as Kara are making it much harder for poachers to take rhino horns even though the number of incursions has been rising dramatically over the last few years.

Want more? Read about Kara, a Malinois who happily accepts a freshly baked croissant as her reward for a job well done.