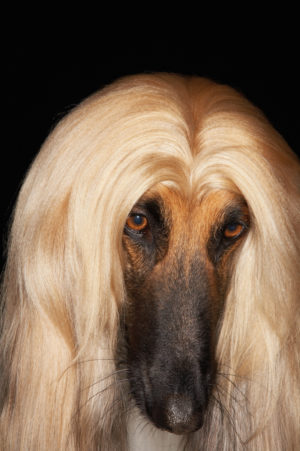 It’s not the feet that catches the average person’s eye when spotting a beautiful Afghan Hound, though the breed does have “hind feet that are “broad and of good length” (read: big enough to be pontoons); It’s not that an Afghan Hound has a faraway look that can be leveled right at you, but goes straight through you. It’s not even that a well groomed Afghan Hound has hair that would make a Kardashian envious. 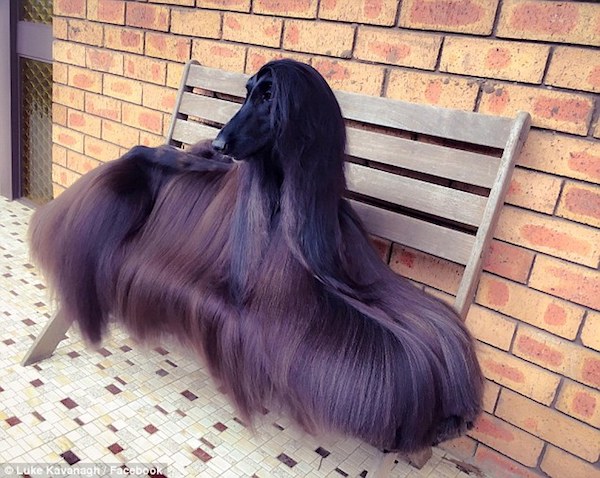 The total package is what made “Tea,” a then five year old black Afghan Hound, a social media superstar when the photograph of her above was shared more than a million times online a few years ago.

And to think that they didn’t even show her off in her pajama bottoms.

To be honest, we don’t know if Tea had short hair on so-called “cuffs” on either her front or back legs, but it is a permissible aspect in the AKC standard, and it emphasizes an Afghan Hound’s “large feet.” While this charming coat pattern is commonly referred to as “Turkish Pants,” it’s also known as “pajama pants.

We encourage you to look at the Daily Mail article from which Tea’s photograph comes, not only because her owner, Luke, isn’t what we might expect an Afghan Hound owner to look like (think bald pate and muscles), but also it mentions that Mr. Luke Kavanagh was about to focus on his two Staffordshire Terriers.  It just goes to show you that you cannot predict the appearance of breed owners.