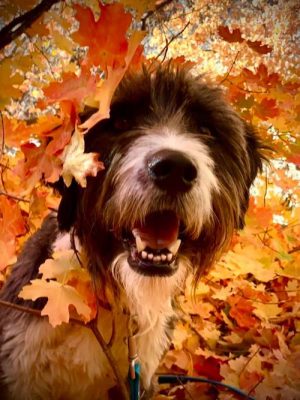 As much as we love giving you information, sometimes we need information from you!

The Idaho Shag (which sounds like a dance step) is a dog that crossed our radar a few weeks back. Unable to find much information about the breed (including whether or not it is a breed) we put it on a back burner.  And then someone we know actually met one in Montana.

Maybe it was time to revisit the dog that many Idaho ranchers insist is the only “breed” they’ll ever have working the animals on their spreads. In fact, cowboys (and yes, we still have cowboys in the west) are loyal to the breed, and at a recent branding in the area, most cowboys had an Idaho Shag.

We’ve hyperlinked a few words that will show you more of these dogs.  Here’s what we do know. The Idaho Shag (also known as the Pahsimeroi Fuzzy) originated in the eastern side of the Idaho, and while precise origins aren’t clear, the consensus is they are the result of crosses between Airedales, Border Collies and Australian Shepherds. This scruffy working dog with the frazzled hair is famous for its grit, stamina, versatility, biddability, hardiness in cold weather, and herding ability, but also for its hard headedness. Despite their average 40 pound weight, Shags don’t back down from the animals in their charge. In fact, at first, livestock don’t take them seriously.

A ram or stubborn steer dismisses a Shag at its own peril.  Typical Shag behavior is to let the beast take a sniff, but then grab it by the nose as a way to say, “Dude, you will respect me.”

The dogs are known to be used to tree bears or hunt coyotes, but they are also loyal family companions, as well. Indeed, Shag puppies listed on sites like Ranch World are snapped up almost immediately, such is their demand. 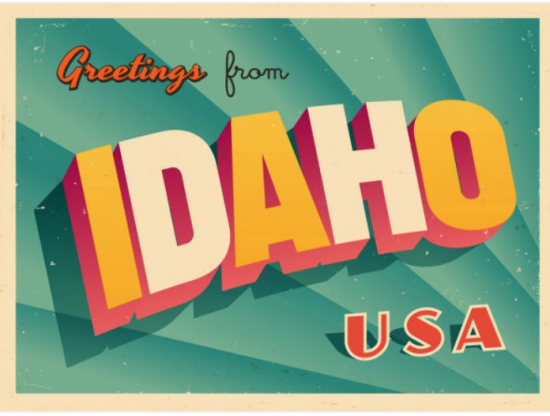 There are a couple of Facebook pages devoted to the dogs (here’s another one), but nothing so far has answered the question: Is this a “breed?” It is treated as one in a lot of places we looked, and there is a movement afoot to standardize the breed. Based on photos we’ve seen, there is some lack of uniformity to a trained dog eye that looks at things like the skull, muzzle length, ear and tail set, etc., and that may be due to owners “tinkering” with their dogs to create an even better working dog for their ranch. That said, there is an overall “look” to these dogs, and especially, there are working traits common to all of them.
We conclude with a question for our readers? Have you ever heard of the Idaho Shag, let alone meet one?
Image: Photo of an Idaho Shag appears with the kind permission of the owner and photographer, Kimberli Johnson

85 thoughts on “The Idaho Shag”