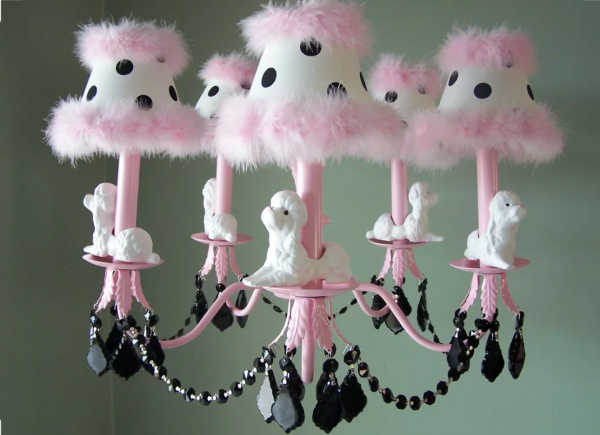 Like cell phones, it’s hard to imagine a time when most of us haven’t known someone who has, or did have, a Poodle.  While a lot of us predate cell phones, however, anyone who remembers the first Poodle registered by the AKC would now be 134 years old.

No one seems to know when the first Poodle stepped upon American soil, but we know that by the time “Czar,” was registered with the AKC,  twenty-five Poodles had already been exhibited twenty-two years earlier at the first dog show held in Melbourne, Australia in 1864.  Two entries for “French Poodles” were also listed in Australian dog shows in 1881, 1885, and 1889.

As old as that seems, the breed predated the 18th century when Louis XIV and Louis XVI kept Standard Poodles around to “pretty up the palace.” Many cynologists believe the breed to be older, and that it’s been around since the time of the Vikings and the Teutonic wars, a notion bolstered by the theory that one of the breed’s ancestors was the Barbet that had been brought into the Iberian Peninsula, and from there,  to Gaul. Other experts think that Poodles descended from Asian herding dogs, then traveled with Germanic Goth and Ostrogoth tribes to eventually become a German water dog. As if those aren’t enough theories, yet another one is that Poodles descended from dogs brought out of the Asian steppes by the conquering North African Berbers to eventually found their way into Portugal with 8th Century Moors.

Whatever its earliest origins,  accepted wisdom is that the Poodle’s most recent history (relatively speaking), originates in Germany, its name coming from the German Pudelhundor Pudel (meaning “puddle”) and “hund” (meaning dog).  Some historians believe that the Poodle became standardized in France, and that its popularity there solidified it as the national breed.

Image:Fefe French Poodle 5-Light Shaded Classic / Traditional Chandelier by Silly Bear Lighting, yours to “pretty up the palace” for $629.99