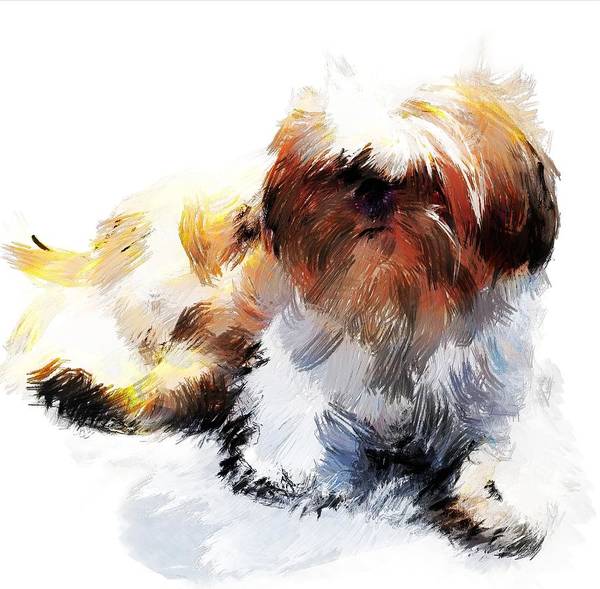 For the person dipping their toe into “purebred dog ownership” for the first time, a frank education is a helpful one, and it should include a discussion about what isn’t a purebred dog. And that brings us to the Imperial Shih Tzu.

There no such dog recognized by any established, respected breed registry in the world. The description, “Imperial,” is an advertising ploy used by “breeders” (and we put the word in quotation marks because a responsible breeder never lets soundness take a back seat in their breeding program) to market small Shih Tzus. As grand as the name, “Imperial,” sounds, the reality is that the term puts a flattering spin on the exact opposite. “Imperial Shih Tzu breeders” create a tiny size by breeding only “runts,” puppies that fall short – literally – of meeting size in the breed standard.

The AKC breed standard calls for an ideal height 9 to 10.5 inches at the withers, and an ideal weight of a mature dog at 9 to 16 pounds. An “Imperial” Shih Tzu has an average of 5-7 pounds, far smaller than the smallest regular Shih Tzu. An Imperial also lacks the height of a well bred Shih Tzu.

Some people have advertised these dogs as “teacups” or “miniatures” because they’re so small, one can literally fit inside of a large teacup, but since these dogs are abnormally small, they have small or underdeveloped organs and are prone to genetic issues.  The same people who promote their puppies as “exclusive” or “rare,” tend not to mention the weakness and/or health issues that can torment both dog and owner. One common problem of these tiny dogs are liver shunts. Another is calcium deficiencies.

Vet bills don’t tend to come up when an inexperienced buyer who doesn’t know a breed standard from Standard Oil  is looking at an adorable puppy, so it behooves anyone wanting a Shih Tzu in their future to do their homework, find a good breeder (ideally through the national breed club), and ask lots of questions.

And finally, a tiny puppy can be born in a litter bred by the best of breeders, but that’s not the goal of the conscientious breeder who strives to meet the breed standard. A small size is the goal of the Imperial Shih Tzu “breeder” who, either through ignorance or an eye on almighty dollar, breeds dogs that can’t be shown, should never be bred, or may chance ill health.

Image: “Routines are not Boring” by Richard Okun is available as fine art, and as lifestyle and home decor items here