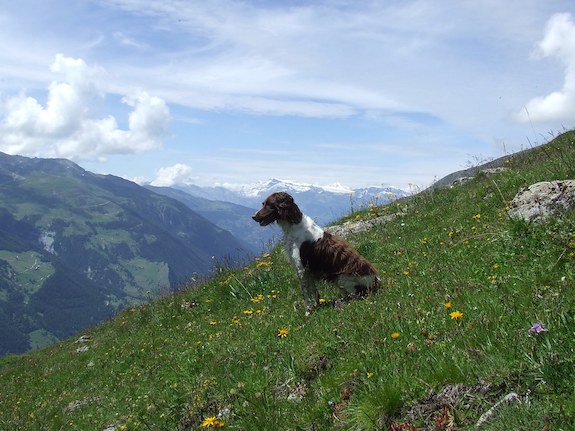 Come with us as we take you down a tortured path to get to the point.

We start with the Thirty Years War – and not to worry, it won’t take us thirty years to get to the point. The Thirty Years War was a horrific conflict that engulfed most of present-day Germany. Fought between 1618 and 1648, it claimed a staggering ten million lives through murder, warfare, disease or starvation. At stake was political and religious control of central Europe.

When the Treaty of Westphalia was signed, it ended the war but radically shifted the balance of power in Europe. The Netherlands gained independence from Spain, Sweden gained control of the Baltic,  France was acknowledged as the preeminent Western power, the Holy Roman Emperor’s influence was broken, and German states were again able to determine the religion of their own lands.

In 1910, a German journalist and writer, Hermann Löns, published Warwolf, a historical novel exposing the tragedy and horrors of war through the eyes of Harm Wulf, a land-owning peasant farmer of the northern German heath. After witnessing the murders of neighbors and family, Harm is faced with agonizing conflict between compromising his morals or succumbing to inevitable torture and death. The book is a brilliant portrayal of the two sides faced by anyone in a moral crisis.

In a tragic twist, Hermann Löns, himself, was killed in WWI after having enlisted well after the normal recruitment age.

Before he died, however, Löns, a natural historian, conservationist, writer of folk songs – and hunter,  is said to have placed a classified ad in the magazine, “Unser Wachtelhund” (Our Hunting Dog) seeking more information on any existing specimens of the red Hanovarian Heath Hound, aka the Hannover Bracke.  It was Hermann’s brothers, however, who found pointing Wachtelhunden (gun dogs) instead on farms in Lower Saxony and called them “Heidewachtels

In its early days, the Small Munsterlander was known by a variety of names, all of which fit various characteristics of this versatile gun dog. Hermann Löns had called them “heathland quail dog,” but so many clergymen and teachers owned the dogs that they were soon nicknamed,  “Little Master’s Dog,” or Magisterhündlein. The tenacity and intelligence with which these dogs worked in the field lead to another moniker, Spiönken (“spion”), or “The little Spy”

Image: “Posing on the mountainside” by Heijmans is licensed and shared under CC BY-NC 2.0