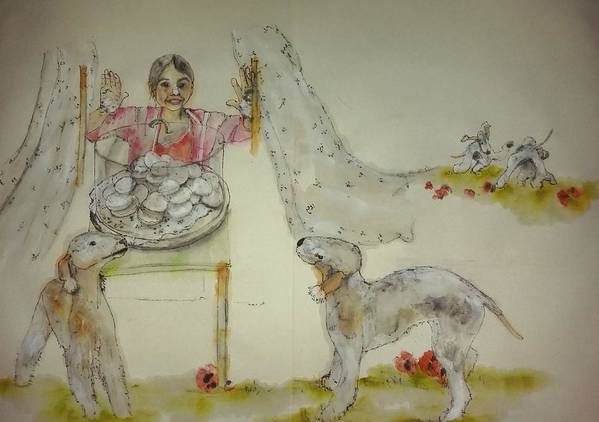 Very few breeds have a standard that specifically calls for the head to have no stop (a reminder that “stop” on a dog’s head is the place where the muzzle meets the skull). The Bull Terrier, famous for a profile that curves gently downwards from the top of the skull to the tip of its nose, makes no mention of “stop” in its AKC standard at all, while the Borzoi’s standard reads, “Skull slightly domed, long and narrow, with scarcely any perceptible stop, inclined to be Roman-nosed.”

Roman nosed. Some experts call this a “down face,”  in which the muzzle has a convex incline from the top of the skull to the tip of the nose. Some have called this type of head a “ram’s head:” 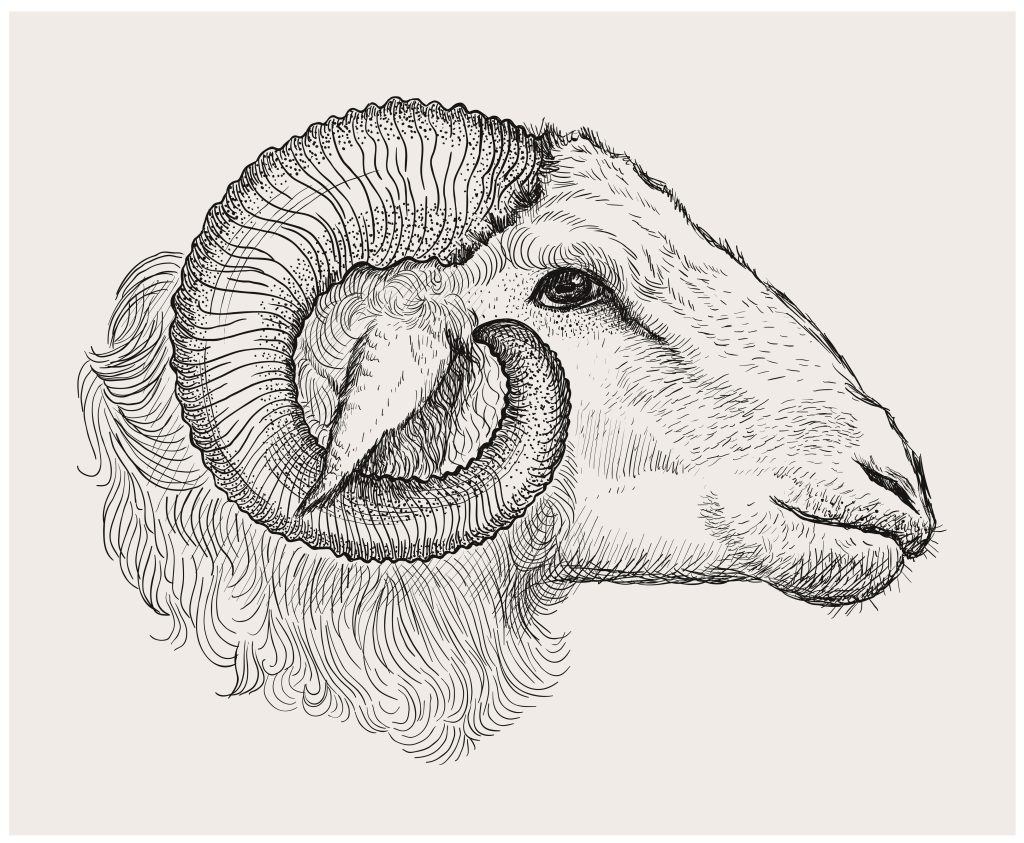 Where have we seen this profile on a dog before? 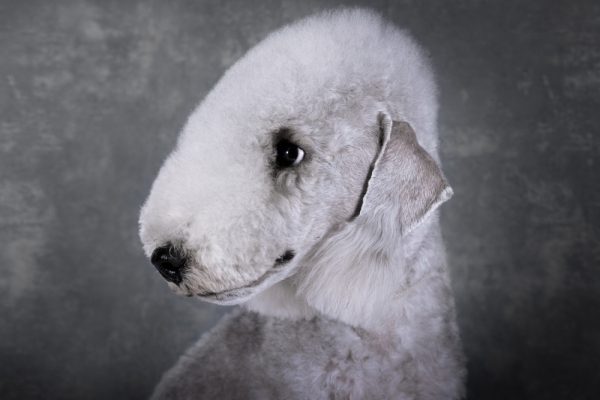 Mind you, this isn’t all fluffed up hair we see on this Bedlington Terrier’s face. The AKC breed standard reads, ” “There must be no stop and the unbroken line from crown to nose end reveals a slender head without cheekiness or snipiness.”  This makes the Bedlington’s head, we suspect, unique in all of dogdom. From occiput to nose is a convex curve with the high point at the dog’s crown.

Few of us would fail to see similarities between the two in the images above, but we caution that one won’t see mention of a “ram’s head” in the standard, nor in the breed club’s Illustrated Standard (the latter does devote an entire page to the head).  Edward M. Gilbert, Jr and Patricia H. Gilbert’s wonderful Encyclopedia of K9 Terminology lists the “Ram’s Head” as an entry, however, and below its definition appears a drawing of a Bedlington Terrier head in profile by Dan Sayers.

The aforementioned Illustrated Guide offers a comment by Ken Bounden, author of The Bedlington Terrier which we paraphrase:  It is literally impossible to have a straight line from the occiput to nose. Early breeders were aiming for a heads with “punishing jaws.” This is entirely sensible since Bedlington Terriers were working dogs expected to hold their own against vermin.

An incorrect head on any breed changes expression, if not breed type, but in our view a “bad head” on a Bedlington changes the entire profile of the dog. We encourage you to visit page 7 of the Illustrated Guide to see better illustrations than we can offer here.

Image: The Women Have It” by Debbi Saccomanno Chan is available for purchase as fine art and in home decor and lifestyle items here